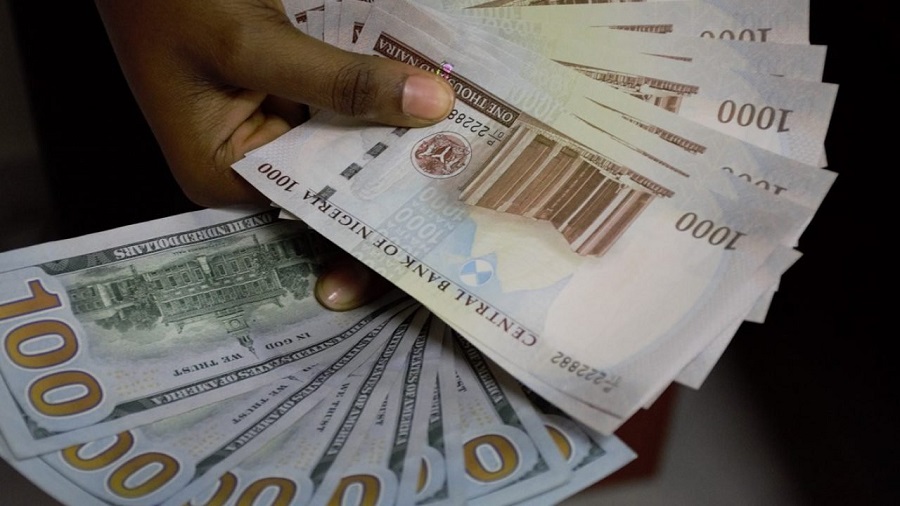 Nigerian currency has recorded the biggest rise in value at the black market on Wednesday as demand for dollars dropped significantly.

Black market traders confirmed that the Naira exchange rate to the U.S dollar dropped to N538 Wednesday evening from the N568 to N570 it traded for over 2 weeks.

The significant gain of the Naira will hurt many speculators hoarding dollars in expectation of Forex market pressure ahead of the holiday season.

“Many people who travelled have arrived and there is no high demand for forex as many people are not travelling now,” a BDC operator said.

Another operator said, “The naira had been appreciating and many who have kept the foreign currencies would be losing a lot.”

This is a major victory for the Central Bank of Nigeria (CBN) which has been battling to squeeze out the activities of black market traders.

You will recall that CBN stopped the sales of forex to the Bureau De Change operators describing them as “agents that facilitate graft and corrupt activities of people who seek illicit fund flow and money laundering in Nigeria”.

The apex bank also went ahead to rubbish black market rate and promised to completely make their activities irrelevant.

It also clamped down on abokiFX after accusing the website and its owner of manipulating the currency to sabotage the economy.

At the last Monetary Policy Committee meeting in October, the committee urged the CBN to take further steps to restrict the activities of unauthorised and illegal dealers in the forex market.

It said all forex transactions must be conducted at the Investor & Exporter window to ensure transparency and stability.

On Wednesday at the Investor & Exporter forex window, the Nigerian currency also appreciated by 0.8 percent to close at N414.73 on Wednesday, although it fell to a low of N444 during the day.

Data from FMDQ securities where Naira is officially traded showed that the performance of Naira came as dollar supply jumped by 227% to $306.24 million on Wednesday from $92.38 million at the previous session.

While at the interbank market, CBN data shows Naira closed flat at N411.34 to a dollar on Wednesday the same rate it closed at the preceding day.