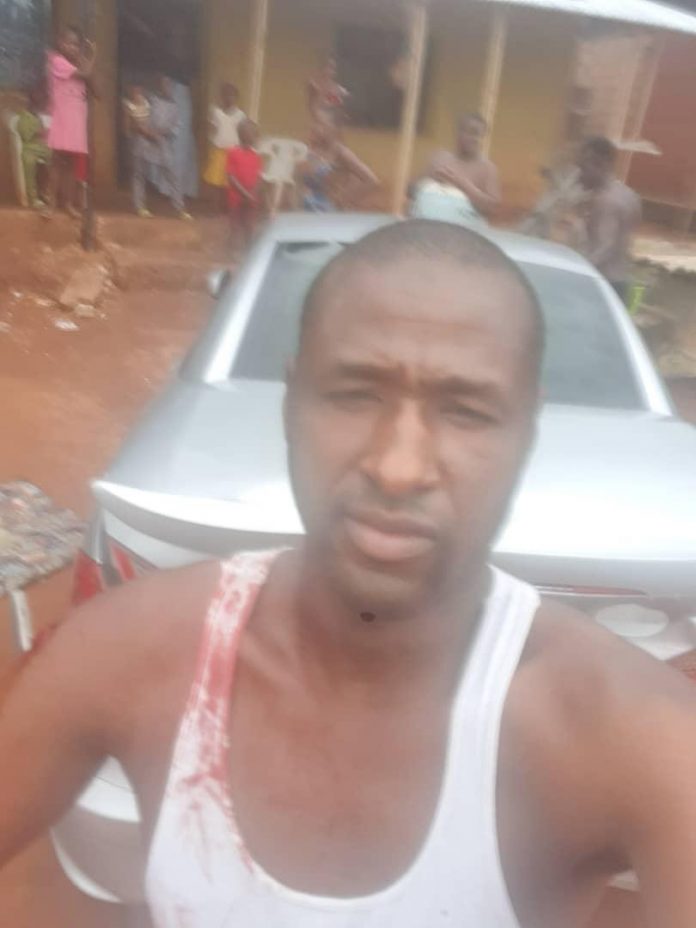 The officer was going to Lagos after an assignment onboard NNS BURUTU when the incident occurred, around 1 o’ clock in the afternoon, police authorities said in situation report sent to the National Daily.

The assailants reportedly fired several gunshots at the officer’s vehicle, during which he sustained gunshot wounds on his left shoulder.

Trying to escape, Dahiru hit another car that was behind him.

The chairman of the Ahor community where the incident occurred took the injured officer to Well Health Clinic and Maternity at No 31, Old Benin-Auchi Rd, Eyean, Benin City.

There the wound was stitched and the officer was discharged at about 3 pm. He was in a stable condition before he was later taken to the military hospital in Benin where he was on observation.

His vehicle has also been recovered from the scene of the incident to a nearby checkpoint manned by federal troops.