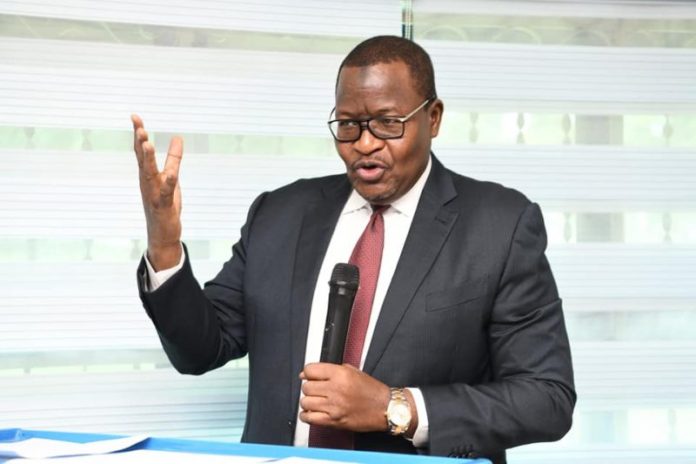 The Executive Vice Chairman of the Nigerian Communication Commission (NCC), Prof. Umar Garba Danbatta has given reasons why security agencies cannot track down kidnappers and bandits after the nationwide SIM registration exercise.

The NCC boss said kidnappers and armed bandits now use telephones of their victims to evade being tracked.

He disclosed this on Thursday at the National Secretariat of the All Progressives Congress (APC) during the mid-term scorecard presentation of activities of the Ministry of Communication and Digital Economy, Dr. Isa Pantami, organized by the APC Professionals Forum.

Responding to why the security agencies “The federal Ministry of Communication and Digital Economy through the NCC is alive to this important responsibility of containing crimes. We provide information about the person committing the crime within the shortest possible time to the relevant security agents in our country.

“The kidnappers when they kidnap their victims, they change tactics. Before now, they were making calls with their own handsets, now they are using the handsets of their own victims. So when you visit the database you can’t come up with the information of the victim and not the person who kidnapped him or her.

“But still once a call is made, we can be able to establish where that call is coming from. It can be tracked with precision to where it is coming from. So we still provide this information to security agencies in order to reduce instances of kidnappings even though it is the picture of the victims that come up instead of the person committing the crime.

He further said that notwithstanding the antics of kidnappers, his outfit had been working in cahoots with security agencies to ensure the wellbeing of the citizenry. “Every registered SIM has the biographic and demographic of the holder. Once such a SIM is used to perpetrate any crime we can easily through information in the database be able to come up with the identity of the person who perpetrated the crime. We have been doing that all along.”

Warning that those indulging in kidnapping and other forms of criminalities would soon meet their waterloo, the NCC boss assured Nigerians that the Ministry and his Commission are doing all within its means to tackle the menace of kidnappings in the country.