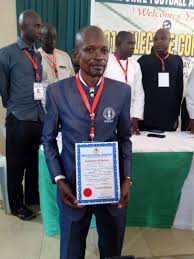 The Niger State FA Congress,consisting of 62 delegates made up of 23 Local Councils Chairmen and their Secretaries representatives of Coaches Association and Referees Associations as well as NPFL Reps, NNL Reps, NLO Reps & the Women’s League Reps, is having a good time while its Lagos counterpart will soon be thinned down..
National Daily learnt that in Lagos State, the board has just been reduced to 7 members with Barrister Seyi Akinwunmi saying the directive for the reduction came from the Executive Governor of Lagos State.
The decision to reduce the numbers on the board may not be far fetched (your reasons are as good as mine), but I bet you, if such decision was not his idea, he would have run to NFF (just like what happened in Delta FA) and ultimately FIFA claiming Football Independence,Barr.Akinwunmi explained.
ALSO READ:NFF bill is next level for football development in Nigeria—Pinnick
But since the decision to shrink the board is in line with his agenda, there is no cause for alarm.
Funny enough, at tomorrow’s election, just 13 votes will be up for grabs which seems to have defeated the aim of grassroots and populist style of democracy.
I wonder how this size will fully represent the football population in the state that prides itself as the Centre of Excellence