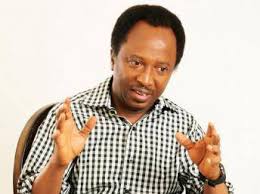 SENATOR Sheu Sani, Chairman, Senate Committee on Foreign Domestic Debts at the weekend said with the high exchange rate of about N305 to a dollar and less than $27 billion in Nigeria’s foreign reserves, the country may be heading for a more serious financial crisis.

“In the last three to four years, Nigeria had over 80 billion dollars in its foreign reserve and it has gone down to 27 billion dollars; if no adequate measures are being taken, by the end of this year we are going to be bankrupt. So, I believe that the steps taken by President Muhammadu Buhari are the only remedy that can revive the economy.”

The federal lawmaker said unless drastic measures in the form of good policies are put in place to create other avenues for revenue generation, Nigeria may be declared bankrupt. Senator Sani who is also the deputy chairman of the Senate Committee on Foreign Affairs also stated that with the fall in the price of crude oil in the international market, the Nigerian economy is truly in crisis.

“We have less than $27 billion in our foreign reserve and the value of our currency has slumped and now N305:00 to a dollar. The very resource in which our economy is empowered which is oil, the price has fallen to less than 27 dollars per barrel.”

He maintained that the economic downturn has provided no other option for the President Muhammadu Buhari-led government than the need to look inwards and think outside the box for ways to revive the economy and to also garner the political will to address the growing inequality and the impending social challenges in the country.

“We must accept the fact that our economy is in crisis, the Buhari’s administration has no choice than to device ways and means at which to revive the economy and roll out social programmes that will address the growing inequality and the impending social crisis that can befall Nigeria”.

Speaking further, Senator Sani said the 2016 budget is the first budget in the history of Nigeria that is not predicated upon oil. According to him, it is the budget of diversification and change, aimed at redirecting the economy of Nigeria from oil dependency to a future that is sustainable.

“The budget, we have, is intended to address a number of issues, one of which is to roll out social programmes and secondly to fund the non-oil sector of the economy. The budget is aimed at achieving four cardinal objectives: job creation, diversification of the economy, reduction of poverty and stimulating of economic growth. It also has its own priority, particularly to intervene in some key sectors of the economy such as transportation, defence, interior, power, housing and infrastructures. Now, if we don’t diversify Nigeria’s economy, Nigeria will ground to a halt.”

Three-month naira forwards weakened 0.2 percent to 227 per dollar as of 3:12 p.m. on Friday in Lagos. That’s pared the best weekly advance on record, with the contracts rallying about 10 percent as traders scaled back the size of a potential currency devaluation following Central Bank of Nigeria’s decision to maintain the status quo on current forex controls.

The governor of the CBN, Godwin Emefiele has called for coordination of fiscal and monetary policies to help steer the economy away from oil dependence, while offering few hints on whether he is ready to ease controls to compensate for a decline in crude prices, which have almost halved since June to about $35 a barrel. Nigeria relies on oil for most exports and two-thirds of government revenue.