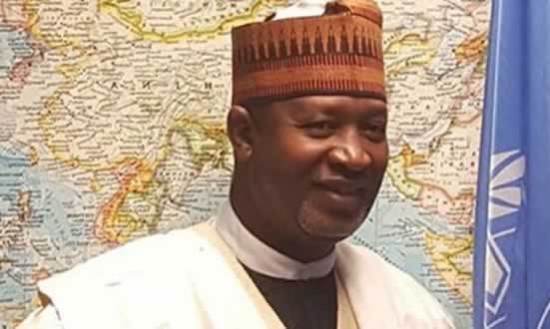 …as neighbouring countries take advantage of Jet A1 scarcity

THE lingering scarcity of aviation fuel in Nigeria has prompted a high price jack which some indigenous airlines can’t just cope with. The commodity is no longer business friendly, but a cankerworm that eats deep into the revenue of the airlines due to its high cost now fluctuating between N200 and N170 per litre.

The situation has triggered a boom in the Ghanaian aviation sector as more airlines now refuel in the country, National Daily has learnt. Apart from the increase in uplifting fuel from Ghana, there are also indications of a significant rise in the number of aircraft that land at the Kotoka International Airport, since the ongoing shortage of aviation fuel in Nigeria.

As a result of this development and other ancillary factors, the aviation industry in Ghana is said to be thriving at the moment, as more airlines now fly the route just to stopover and refuel their tanks at a relatively cheap price.

“In short term, we would say yes because we have wide bodied aircraft landing in Kotoka and making it possible for us to increase the stream of revenue from landing and also suppliers of the fuel as well as the government by way of taxes and others will also benefit,” the Manager of Business Development and Statistics of the Ghana Civil Aviation Authority (GCAA), Reverend Stephen Wilfred Arthur, was recently quoted in one of the national dailies.

Arthur acknowledged the upsurge in revenue prompted by a growing demand for aviation fuel but also declared, however, that the boom fuelled by the challenges in the Nigerian aviation industry was transitory saying, “I believe that it may be a temporarily situation but that notwithstanding there are benefits that we may be deriving.”

Investigations also trailed the root cause of deflated passenger growth at the nation’s airports. It has been discovered that many Nigerian returnees from foreign trips now prefer routing their flight through Ghana and then travel by road to Lagos.

Some are simply tired of the harsh reception they receive at Nigeria’s airports while some want to avoid extortions by the Nigerian Customs Service.

“You can see the amount of baggage I have with me if I take them to the Lagos Airport, the Customs will collect all my money. I and my friends decided to come to Accra and then go by bus to Lagos,” said one anonymous Nigerian passenger.

These are indications that the trend of business activities in the aviation industry is obviously drifting at a fast pace; the airlines are losing grip of control over the West African market to their counterparts in neighbouring countries and other foreign air giants like KLM, Delta, United, Emirates, Quatar Airways, Virgin and Iberia.

In the West Africa sub-region, Ethiopian is virtually taking over at a fast pace, leaving little or nothing to the regional lords Arik, Asky, MedView, etc, as it used to be the case.

Today, many airlines are targeting the huge population of Nigerian travelers, and with the open sky policy in Africa, which would come on board next year, the market would be open for every player in the continent.

Worried by this drifting trend of events, Ikechi Uko, a travel analyst who is the organiser of Akwaaba African Travel Market recently vented his spleen that the Nigeria Government should support its own airlines, just as Ghana, Ethiopia, South Africa and other nations are supporting their airlines to be competitive by removing obstacles on their way through policies to enable them thrive and succeed.

“Ghana has opened up their economy, they are liberalising everything according to the agenda 2053 of AU. So they are giving 5th freedom rights to a lot of airlines out of Accra.

They have started the visa-on arrival for all Africans and already most of those international organisation which have NGO in West Africa are choosing Ghana for their headquarters. But the strength of that economy is still very small compared to even Lagos State. So we can create the environment that benefits our own people.

“Now South African Airways has fifth freedom right and they fly from Accra to Washington and most of the passengers you will see there are from Nigeria. Ethiopian airlines is starting a flight from Lome to New York and most of those passenger are from Nigeria. Ghana has given fifth freedom right to Air Maroc to fly from Accra to everywhere, they have also given to Egypt, Kenya Airways to do some of those West Coast routes.

“The passengers in West Africa are out of Nigeria. So we are not saying we should stop other airlines, the negative argument of stop other airlines from flying and don’t give right to other airline is a negative argument. Instead of doing that open up competition, then support Nigerian carriers to win the fight. There is no need stopping multi-destination and the rest of them that deprives the passenger benefits because that is monopoly. But what you could do is you open up then you help your own airlines and give them an advantage. And that advantage could be waivers, subsidies, could be lower fees as Nigerian carriers,” Uko said.

Uko noted that Accra and Lome are already playing the role of a hub in West Africa because “most business class passengers are from Nigeria and, in the last one week, I can tell you how many Nigerian travel agencies have asked me for contacts in Ghana, they want to start selling tickets to Ghana. I can tell you this that I have made such connections for people.”

Share this on WhatsApp
Related Topics:airlinesindigenous airlines
Up Next

Nigeria to stop importation of rice, sugar, others by 2018