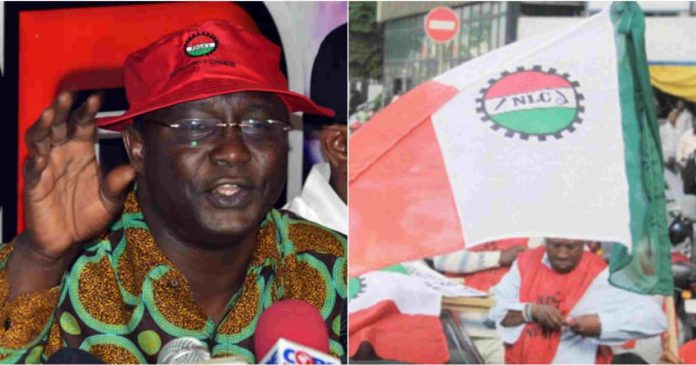 The Nigeria Labour Congress(NLC) says it was mobilising workers for public advocacy on Feb. 28 at the National Assembly, on the autonomy for local governments, legislature and judiciary.

NLC President, Mr Ayubba Wabba gave the notice in a letter addressed to media organisations on Sunday, in Abuja.

“As a follow up to the process of Constitution Amendment before the National Assembly, especially on autonomy for local governments, judiciary and the legislature, the NLC wishes to inform you that Organised Labour is mobilising Nigerian workers for advocacy at the National Assembly on the Feb. 28.

”Our mobilisation is to enable workers make their voices heard on this very important legislation.

”This, we believe, holds the key to the strengthening of our democracy, boosting our economy and improving the lots of Nigerian workers at the grassroots, the Judiciary and the Legislative arms of our government.

”Our show of support for ongoing legislative initiatives for constitution amendments, especially with regards to strengthening the autonomy for local governments, state legislatures and the judiciary is against the background of efforts to misinterpret the recent Supreme Court judgement on Executive Order 10.

”We know that the judgement of the Supreme Court did not impeach the Constitutional provisions prescribing and protecting the autonomy of local governments, state legislature and the Judiciary, ” he said.

Wabba however, reiterated that the NLC had full fledged support for the autonomy of local governments, state houses of assembly and the judiciary.

According to Wabba, it was the considered view of the NLC that the autonomy of these critical arms of government was paramount to our collective commitment to strengthen public institutions for effective delivery of good governance and national development.

”In further demonstration of our resolve to entrench the autonomy of local governments, state legislatures and the judiciary, we have perfected plans to embark on a number of national actions and campaigns to raise public awareness on this critical issue,” he said.

The NLC president explained that ancillary to local government councils’ autonomy was the need to strengthen democratic governance at the grassroots.

He added that our experience since the creation of State Independent Electoral Commissions (SIECs) has been a tale of massive abuse and truncation of free, fair and periodic elections at the local government councils.

” Paramount to Nigeria’s Organised Labour is our demand that all core labour matters, including the National Minimum Wage, as currently listed in Schedule 1, item 34 of the 1999 Nigerian Constitution must be retained on the Exclusive Legislative List of the Constitution.

”We wish to reiterate our support to the National Assembly on its current patriotic endeavour to restore electoral credibility at the grassroots of our country.

”While we crave your cooperation for a seamless participation of our members, please accept renewed assurances of our highest esteem, “he said.