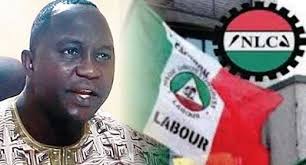 The Organised Labour in Nigeria on Tuesday vowed to resist any plot by the Tripartite Committee for National Minimum Wage to delay the commencement of implementation of the new minimum wage for workers.

NLC President, Ayuba Wabba, at a Pre-May Day Symposium organised by the NLC and the Trade Union Congress on Monday in Abuja, warned the federal government against its proposal to delay the payment of the  new minimum wage till the third quarter of the year.

At the 2018 May Day Celebration with the theme: “Role of Labour and Workers in National Devolvement: Dare to Struggle and We Dare to Win”, the NLC regretted that several state governors still owe workers’ salaries for several months.  The NLC therefore threatened to mobilise workers to vote against those governors in the 2019 general elections.

The Federal Government had indicated that the implementation of the new national minimum wage for workers would commence in the third quarter but the NLC wants implement ted as soon as negotiations and agreement are concluded.

Wabba, however, maintained that NLC will ensure that the time line that has been set by the Tripartite Committee for the implementation of the national minimum wage will not in any way be altered or undermined.

The NLC President declared: “Workers, who create wealth, must also be well taken care of as we are not unmindful of the situation of the Nigerian workers, particularly, with the increasing inflation in the land.

“So, clearly speaking, the minimum wage is an issue we will continue to canvass for. I want to assure you all that we will take the issue to the next level and essentially we are going to win.”

Wabba advocated that workers must be prepared to demand for a better working condition and welfare.

“Importantly, we are going to interrogate how far the democratic process has been able to deliver on its mandate and how workers have being fairing.

“Workers have contributed immensely to our national development and workers create the wealth of every economy, however, they are neglected,” Wabba remarked.

He challenged the Federal Government to address the challenges of governance, inequality, unemployment and development among others in the country.

He assured that the Organised Labour would continue to canvass for better policy options that would be beneficial to the working people. He further condemned the incessant killings across the country.