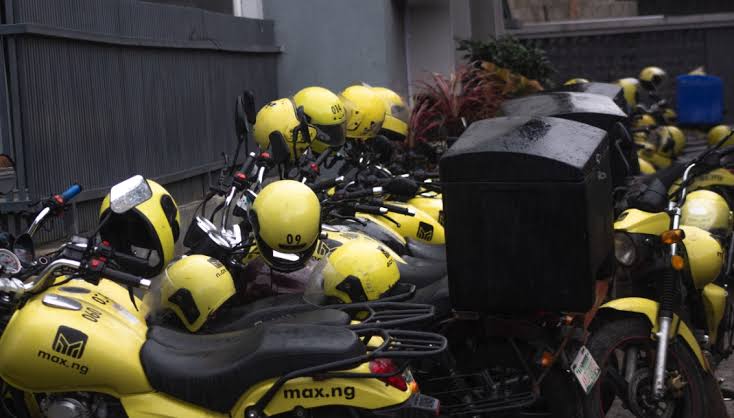 The recent ban imposed on commercial motorcycles by Lagos State Government may cause more harm than good, says the Chief Executive Officer and co-founder of MAX.ng, Adetayo Bamiduro, one of the four major operators of bike-hailing services in Lagos state.

According to Bamiduro, his company has put in close to $10 million in the state, including about $5m which has been mobilised for providing microloans to Okada and vehicle operators in the state.

When asked if the state government demanded N25 million as a licensing fee, Bamiduro said, “At some point in the middle of last year, a senior civil servant did talk about licensing and also threw out a figure. What is not clear to us is whether that figure had gone through the necessary approvals, which we don’t think it had, to be honest.

“But yes, someone in government did mention N25million as a suggestion but that was never formally communicated to us, at least not any of the ride-hailing operators that we know of. So, N25million was mentioned but it wasn’t concluded at that time.”

He said, “It has been quite a traumatic period for us and we are hopeful that the government would reconsider its position on this. It is not just about us (the formal operators) – it is also about the commuters as well.”

“The ban has the potential to affect up to 2,000 riders on our platform. If you look at us and Gokada for example, that number could easily go anywhere between 4,000 and 5,000 and that is the immediate job loss. But when you look at other indirect jobs that can be lost as a result of this, that figure could skyrocket to as high as 20,000, so the impact is not trivial and that can be quite severe.”

Meanwhile, as the ban on the operation of commercial motorcycles and tricycles entered its third day, commuters were seen in long queues struggling to get on board few available buses on the roads.

Some of the commuters who were stranded at bus stops early this morning condemned the policy, noting that it is the most insensitive and discriminatory government policy ever implemented in Lagos State.

One of those criticising the controversial policy move is the popular social commentator, Dr Joe Abah. Writing on Twitter, he said that it is not surprising that the Lagos decided to go with the least thought-out plan, as typical of most public policies in Nigeria.

“Lagosians should get ready for more of these unfortunate transportation realities of this unfortunate situation. The available buses will not be enough to transport everybody and as such, the queues will be longer at bus stops. People will get to work late and exhausted and productivity might be affected.”

Trump under pressure to delist Nigeria from US visa ban