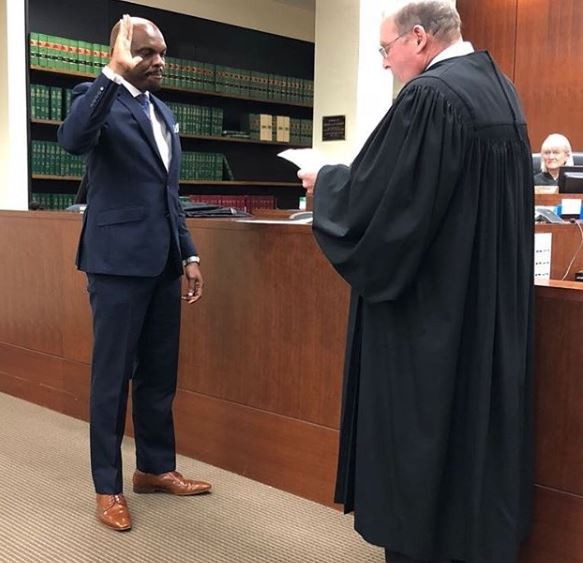 Governor Ifeanyi Okowa of Delta State on Sunday congratulated an illustrious son of Delta State, Justice Edirin Okoloko, on his appointment as a Judge to Snohomish County Superior Court in Washington State, United States of America.

Okowa in a statement in Asaba described the appointment as well deserved considering Okoloko’s astute contributions to the legal profession and a rich history of bringing justice to endangered crime victims in the state of Washington.

He thanked Washington State Governor, Jay Inslee for finding, Okoloko, worthy to be appointed and urged him to remain a good ambassador of the state and country by discharging justice to all without fear or favour.

Okowa stressed that Okoloko’s appointment was a testimony that Nigeria and Nigerians had what it took to continue to provide leadership at both local and global arena.

While wishing the eminent jurist a successful career in the bench, Okowa said he was sure that the Judge would work to justify the confidence reposed in him by the Washington State Government to elevate him to the position.

Okoloko, who hails from Ekakpamre in Ughelli South Local Government Area of Delta State bagged his Bachelor of Law from the University of Benin in Nigeria and received his law degree from the Seattle University School of Law. He has worked for the past 13 years in the Snohomish County Prosecuting Attorney’s Office, where he was a Deputy Prosecuting Attorney working on homicide, sexual assault, child abuse, and elder abuse cases.

Okoloko excelled in the office’s violent crime, property crime, and District Court units, where he represented the office on the Snohomish County Multiple Agency Response Team which investigated incidents of suspected excessive force by police officers and also successfully prosecuted four murder trials and was recognised by his office for completing a high volume of jury trials.