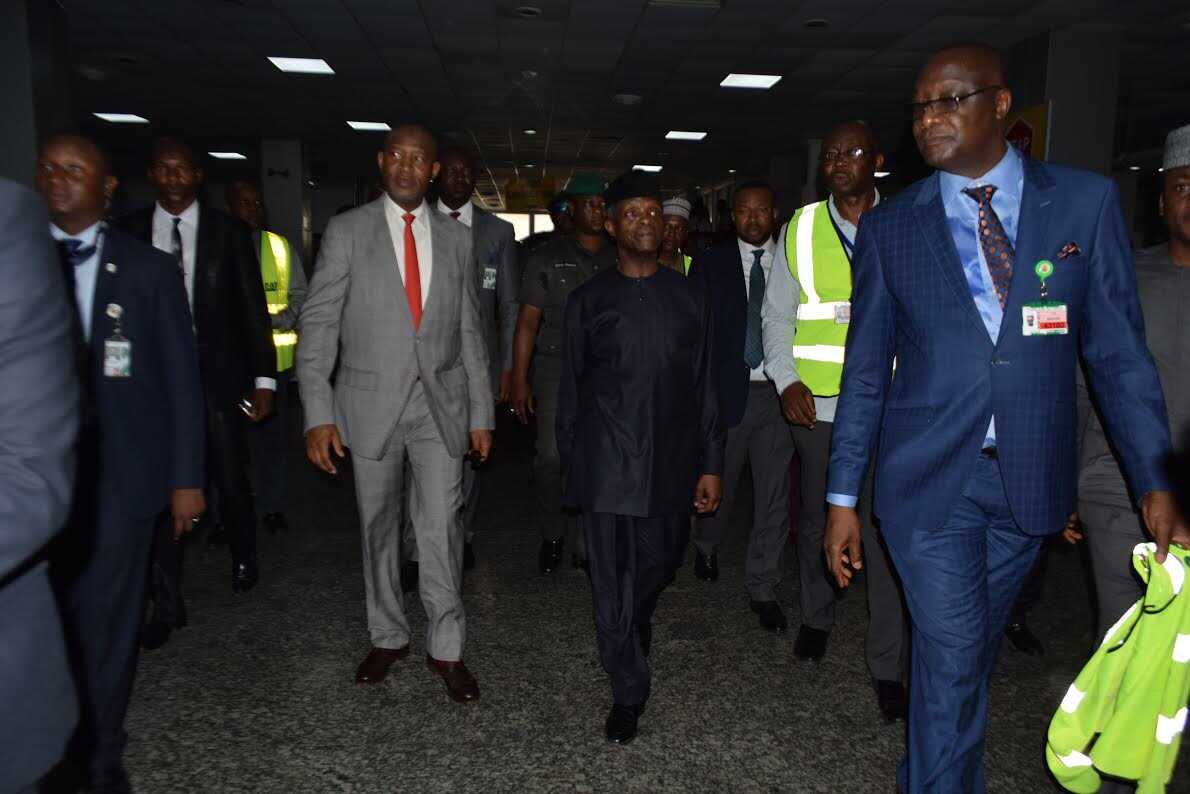 The visit, which caught many airport workers by surprise, was the first by either a Vice President or President in acting capacity.

Osinbajo, who dressed in navy blue attire with black shoes and cap to match, arrived the airport terminal at about 3:00 p.m. in company of security operatives.

The acting President, who was in Lagos for other engagements, took time off to carry out on the spot assessment of facilities at the international wing of the airport.

From the Presidential Wing where the convoy took off, Osinbajo and the Minister of State, Aviation, Hadi Sirika, were conducted round the check in areas, baggage carousel axis and Visa Issue on Arrival unit, where he specifically instructed official of the Federal Airports Authority of Nigeria ( FAAN) to switch on the baggage reclaim  equipment.

At the international terminal, he asked for up to date knowledge of facilities and what would be required to fix the travellator at the boarding gate areas.

The apparently bewildered aviation personnel struggled to provide clues on how to fix some of the sore points at the airport.

Aviation workers who gathered in groups to take a glimpse of the acting President wondered why he decided to tour the airport.