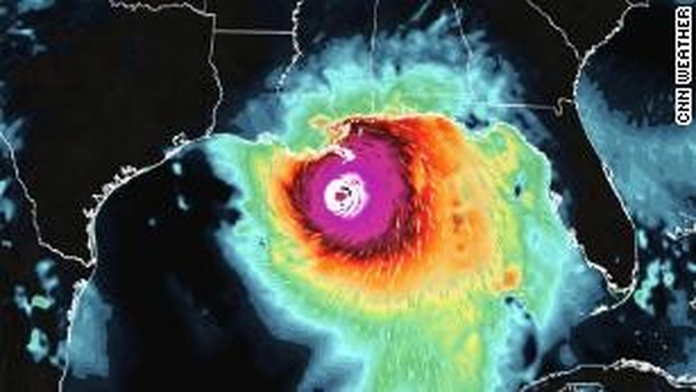 As Ida marches north toward Louisiana and the Gulf Coast, weather forecasters said earlier the storm’s wind speeds were expected to increase, potentially bringing even greater devastation to the region upon its arrival.

“Ida is poised to strengthen further and based on recent satellite images it appears that strengthening is imminent,” the National Hurricane Center (NHC) said Saturday evening, adding that Ida is “expected to be an extremely dangerous major hurricane.”

A hurricane warning remains in effect from Intracoastal City, Louisiana, to the mouth of the Pearl River and includes Lake Pontchartrain, Lake Maurepas and New Orleans.

The life-threatening impacts of rainfall, wind and storm surges will extend far from the center of the storm, the NHC said, and warnings have been issued to residents that have felt the effects of major storms both in the past year and historically.

If Ida makes landfall in Louisiana as forecast, it would be the fourth hurricane to slam the state since last August and Louisiana’s third major hurricane landfall in that time span.

A Sunday strike would also fall on the 16th anniversary of Hurricane Katrina’s Gulf Coast landfall, which led to the deaths of more than 1,800 people in the region.

“August 29 is an important date in history here,” Collin Arnold, director of the New Orleans Office of Homeland Security and Emergency Preparedness, told CNN Saturday. “A lot of people remember what happened 16 years ago. It’s time to hunker down tonight and be where you need to be.”