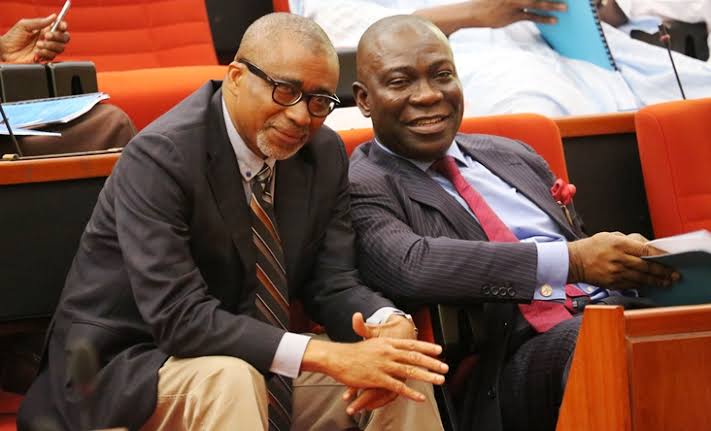 The Peoples Democratic Party (PDP) may not be happy with the former Deputy Senate President Ike Ekweremadu over the confusion that made the party’s federal lawmakers in cohesive in the election of the senate president and the deputy senate president which the party’s endorsed candidates lost last Tuesday.

However, the party is yet to visit the issue but tunred its back on the former deputy senate president, making Senator Enyinnaya Abaribe the Senate Minority Leader in the Ninth National Assembly.

National Daily learned that the decision to make Abaribe, fourth timer representing Abia South Senatorial District in the National Assembly, was made at a closed door meeting of the PDP National Chairman, Prince Uche Secondus, with PDP Senators at his residence in Abuja.

Many had expected that the former deputy senate president would have been assigned the duty of Senate Minority Leader in the Ninth Senate for effective coordination of the PDP lawmakers in the Upper Chamber of the National Assembly.