For fear of implication, the police and the National Hospital management have refused to feed Sen. Dino Melaye who has been in the hospital’s traumatic centre.
He is treating injuries sustained from a botched attempt to escape custody while he was been transported to Lokoja for interrogation over complicity in a gun-running allegation.
According to Sen. Bala Na’Allah heading Senate delegate visited Melaye on Wednesday, the police and the hospital had not fed Melaye since they arrested him for fear of being implicated.
Na’Allah also said the police and the hospital’s management however asked that any volunteer could feed him, provided that such an individual was ready to taste the food before it would be given to Melaye.
Melaye, in a video going viral, has threatened he would kill himself and implicate the police.
The Deputy Majority Leader also added that the police had attempted to take Melaye out of the hospital.
But they were told to sign an undertaking before he could be discharged.
Therefore, the upper chamber decided to invite IGP Ibrahim Idris for a televised briefing on the Melaye case, and the general insecurity across the nation.
According to Sen. President Bukola Saraki, the IG should be on the floor Thursday to address the plenary.
“Because of the importance of this, please inform your coverage people (Nigerian Television Authority). It should be live tomorrow, to discuss the issue of security in the country,” he told the chairman of Senate Committee on Police Affairs.
Saraki said that he has not been able to reach the IG since 48 hours. He said efforts by him to get the police boss to discuss the security situation in the country had failed.
Many senators, as well as some Nigerians, have expressed worries on how the police is muscling about the arrest of the senator when the case is already in court.
Senator Samuel Anyanwu raised a point of order, condemning the police treatment of Melaye like “a common criminal”.
Senator Chukwuka Utazi also said “coercion cannot work,”calling for due process as the court has not issued an arrest warrant against Melaye.
Senator Isa Misau asked why the police was bent on forcefully taking Melaye to Kogi State when the force had alleged that the lawmaker committed the crime in Abuja.
Misau added that if the police had the personnel strength to deploy about a hundred men to guard a person in a hospital, the policemen should be redeployed in Zamfara or Benue “where killings are taking place every day.”
“If Senators Dino Melaye and Ovie-Omo Agege can be taken away by the police, it destroys the sanctity of this chamber,” said Sen. Remi Tinubu. 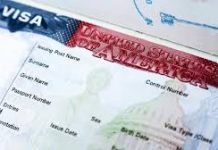