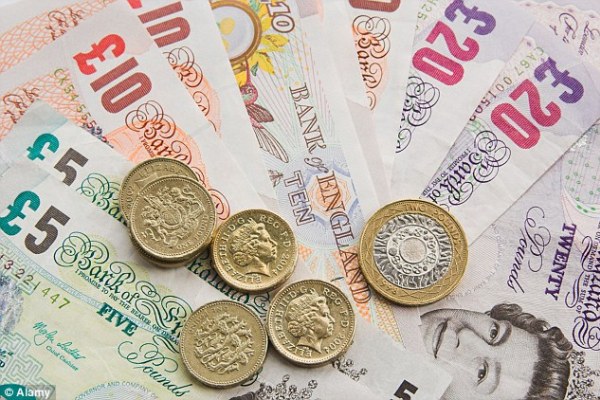 Share this on WhatsApp
Spread the love
The British Pound Sterling and the European single currency, Euro slumped on Tuesday, June 19, against other international currencies.
The Pound dipped to a fresh 2018 low, as concerns about an escalation in the trade dispute between the world’s two biggest economies weighed on risk sentiment, while the Euro slumped to a two-week low of $1.1531. EUR=EBS after ECB President Mario Draghi called for a patient approach to European monetary policy at a forum in Portugal
With all eyes focused on the Bank of England’s policy decision on Thursday, in which it is expected to unveil its monetary policy stance for the rest of the year after a run of mixed data, investors cut bets on the British currency
In early London trading, sterling edged 0.3 percent lower at $1.3204, its lowest since late November.
Perceived safe havens such as the Japanese yen and the Swiss franc got a boost against the dollar, though the greenback was broadly stronger against a basket of currencies after U.S. President Donald Trump threatened to impose a 10 percent tariff on $200 billion of Chinese goods, ratcheting up a trade dispute with Beijing.
Commerzbank strategists said if the trade dispute were to escalate further, the dollar would be the ultimate beneficiary because costlier imports would push inflationary pressures higher, forcing the U.S. Federal Reserve to raise interest rates quicker than expected.
Against the euro, sterling was broadly flat around 87.67 pence.
Meanwhile the euro had its biggest fall in two years last Thursday after Draghi offered dovish guidance for monetary tightening while outlining details of the end of quantitative easing.
Investors and businesses worry that a full-blown trade battle could derail global growth.
The Australian dollar, a liquid hedge for risk, sank to a one-year low of A$ 0.7380 on the escalating trade dispute and as base metal prices slid.
The Canadian dollar, meanwhile, weakened to a one-year low of C$ 1.3237 overnight, before paring some of its losses on Tuesday, as investors worried about Canada’s own trade feud with the United States.
Emerging market currencies also came under pressure, with the South African rand shedding 1.9 percent to touch its seven-month low of 13.9150.

Share this on WhatsApp
Related Topics:British Pound SterlingEuroForeign Exchange
Up Next