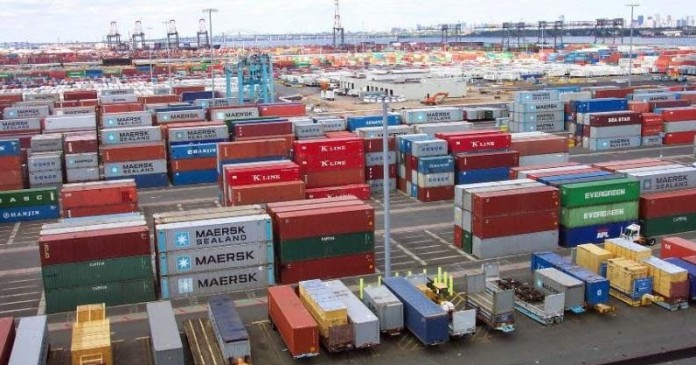 THE effort to boost internally generated revenue in the face of dwindling oil proceeds that has adversely affected the country’s economy, the Jos Dry Inland Port with the mandate of the Shippers Council of Nigeria, is set to boost the Country’s economy with its current robust corporation from the Plateau State Government.

The Inland port if completed will generate income for the state as well as employ over 1,000 workers from its immediate host community, says Dr. Godfry B. Shitgurum, MD/CEO, Duncan Group of Company, managers of Jos Dry Inland Port.

According to him, “if the immediate past governor of Plateau State, Jonah Jang, had not interrupted us for reason only known to him, by now we would have commenced operations”, he said.

Recall that the federal government through the Nigeria Shippers council had taken steps to establish Inland Container Deports (ICDs), otherwise known as ‘Dry Ports’, in the six geographical zones of the country, with the aim of taking shipping services to the door steps of importers and exporters.

Speaking exclusively with our correspondent, Shitgurum, said that “with Inland Container Deports, Nigerian businessmen can stay in any part of the country and carry out international trade in terms of export and import services. Already, an approval has been granted to the Jos Dry Port with the status of the Port of Origin which means that shippers in the zone can use the port for both import and export services.

Also speaking with National Daily, the Chairman, Duncan Group of Companies, in-charge of the Dry Inland Container, Air Vice Marshal Umaru Abbas, described the benefits of the project as having multiplier effects on the national economy.

He said that the project will address the problem of hinterland shippers’ inadequate access to the seaports and frequent congestion at the ports. With the Inland Port, he said, such problems as loss of cargo on transit, carnage and accident on the land mode will be addressed.

Abbas, added that the project has the potential benefits of not only reducing transport cost and bringing shipping to the door steps of the shippers, but will also generate employment opportunities to the teeming people of Plateau State and boost the local and national economy.

Apart from making shipping services easier for cargo owners, Abbas said that the Inland Port can replicate port economy in the hinterland by boosting export activities through production of cash crops, a development that will revitalise the agricultural sector and reduce over dependence on oil.

He identified other benefits as reduction in transport and transaction cost of the shipper,
attraction of infrastructural and regional development projects. He also added that the Inland Port can improve the internal generated revenue of the government (IGR).