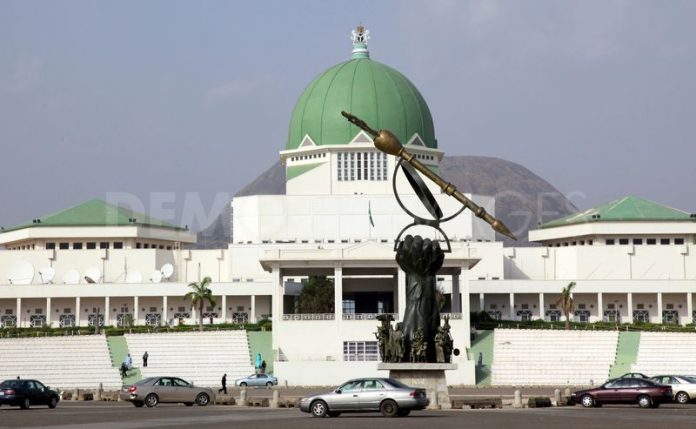 The violence generated by the conflicts in the ruling All Progressives Congress (APC) over the battle to unseat the Senate President, Dr. Abubakar Bukola Saraki, because of his defection to the Peoples Democratic Party (PDP) have continued to take affect smooth governance in the country. The deployment of the Police, the State Security Service (SSS) and the Economic and Financial Crimes Commission (EFCC) at different times to intimidate, harass and threaten the Senate President, Deputy Senate President, Ike Ekweremadu, and other PDP Senators, culminated into impromptu declaration of recess by the two chambers of the National Assembly. The prolonged vacation of the federal lawmakers have continued to cause disquiet in the National Assembly, particularly, over the consideration of the Independent National Electoral Commission (INEC) budget for the 2019 general elections which processes commence in August 2018.
Meanwhile APC national chairman is smoking in the red that the Senate President must be impeached despite the aborted plot of last Tuesday’s invasion of the National Assembly by the DSS. While APC leaders and senators claim to hold majority of the Senate with 54 senators out of 109 senators, impeachment of the senate president requires at least 72 senators to make up the 2/3 of 109 senators to meet constitutional requirements. APC, apparently, needs deeper overtures and simulation to win a proportion of the opposition before Saraki can be impeached. Unfortunately, APC national chairman resorted to vociferous attacks and blackmail to wage war against the National Assembly leadership as though democracy translates to decision making through the barrels of the gun.
Meanwhile, the Senate President and Speaker, House of Representatives, Right Honourable Yakubu Dogara, on Tuesday communicated to all Senators, Honorable members and the public that a date has not been set for the reconvening of the Senate and the House of Representatives to consider the Independent National Electoral Commission (INEC) 2019 elections budget request forwarded by President Muhammadu Buhari on July 17, 2018.
Yusuph Olaniyonu, Special Adviser, Media and Publicity to Senate President, and Turaki Hassan, Special Adviser, Media and Public Affairs to Speaker, House of Representatives, in a joint statement disclosed that the leadership of the two chambers of the National Assembly had met and agreed to reconvene to consider the proposal this week before which a meeting between the Joint Senate and House of Representatives Committees on Electoral Matters and officials of the INEC must have held on or before Monday August 13, 2018.
They highlighted that the joint committees were also expected to meet with the joint Senate and House Committees on Appropriations, Loans and Debts on the Euro bond loan request after which two reports would have been ready for presentation in the two chambers.
They regretted that, “However, no such meeting had taken place yet as a result of which both Senate and House of Representatives cannot reconvene as there is no report to consider.”
The Media Aides maintained that, “until the Committees have a ready report for the consideration of the two chambers, it will be most irresponsible to recall members from recess especially those that may have traveled to Saudi Arabia for the Hajj.”
Meanwhile, principal officers in the presidency have continued to appeal to the federal lawmakers to reconvene the legislature, arguing that continuous closure of the National Assembly would shut down governance in the country.
The PDP has also been raising red alert that the ruling APC is plotting the arrest and detention of Saraki and Ekweremadu to pave way for their impeachment by APC senators. The politicking persists.