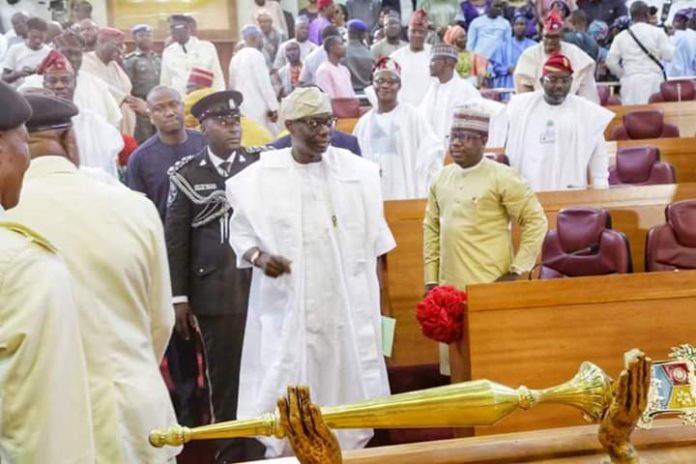 Mr.Governor, Babajide Sanwo-Olu has presented a total budget size of 1.168trn naira to the Lagos State House of Assembly, tagged Budget of re-awakening

votes 115bn for Infrastructure renewal accross the state.
The budget has a capital expenditure of 723.6bn and a recurrent expenditure of 441.8bn.
Education takes a leading chunk of the budget after works with 48bn and 33bn alloted for Health. 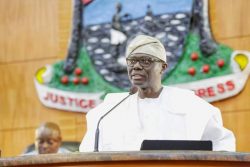 Mr Governor entered the chamber at exactly 11:40am asking for way around as a first timer,the Speaker Rt.Hon. Mudashiru Obasa had a little snag with the honourifics of His Excellency now officially changed to Mr. Governor,noting that it will take a while before this can be taken by all.
Obasa however urge Governor Babajide Sanwo-Olu to brace up and take radical,aggressive and holistic approach to revamp the state.
He highlighted the rumour mill upbraiding the state legislature on the probe of the previous administration led by former Governor Akinwunmi Ambode,citing the fact that Ambode employed blackmailing and witch hunt targeted at the house to deride the house. 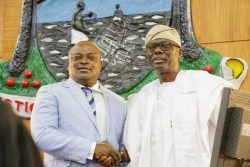 He stated the fact that on a number of occasions, the house has queried the actions of Ambode led administration,especially citing the Vision scape concept introduced by him,publicly declared a ghost by the legislature,flawed budgetary style and more