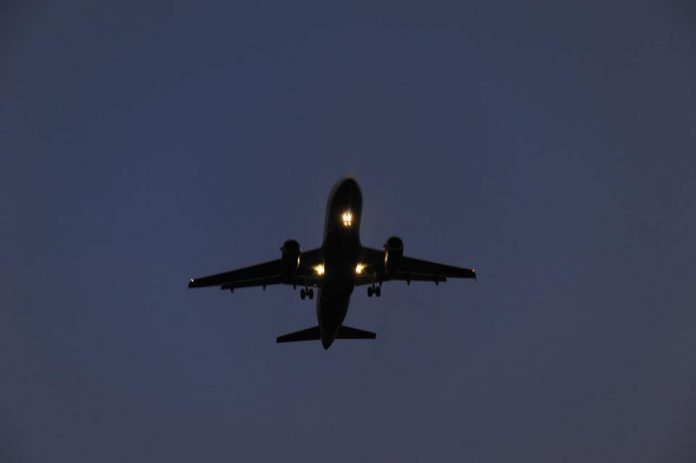 There was palpable tension in Igbo Land of the southeast Nigeria when a strange aircraft was sighted hovering around the airspace of the territory in the early hours of Thursday without clear destination. National Daily learned that residents of Imo State first sighted the strange aircraft hovering around the state capital and its environs, then, moving a little away from the state’s boundary and returning again to the Owerri axis. The people became apprehensive as the aircraft hovered in the airspace for hours at night hours without moving towards any known destination off the zone. The suspicious aircraft, however, suddenly disappeared from the scene after hours of maneuvers in the territory.

National Daily learned that the people were suspicious of aerial surveillance or espionage on Igbo land by unknown probable attackers who may by planning to strike in the southeast. The strange aircraft, the people argued may have been on survey mission in the southeast, suspiciously, to take shots of the landscape and inhabited areas of the zone and other geographical information.
A resident of the state, Hon. Ike C. Ibe, who monitored the aircraft in Imo State, narrated: “At exactly 3.10am this morning, July 11, an aircraft flew over Owerri airspace. “I’m just wondering what aircraft is this. It was obviously not a helicopter. Where was it going to or coming from at that time. Owerri and Port Harcourt airports are the closest here and I doubt if any domestic or international flights either take of or land here at this suspicious time.

“If it was a private aircraft, what was it doing around our airspace at that time?”

The skepticism and apprehension have continued to spread across Imo State and other parts of southeast Nigeria since Thursday. Some citizens are raising alarm suspected plans of external invasion of Igbo Land to attack Christians in that part of Nigeria.

Meanwhile, no official statement has been made by the country’s security agencies which may not even be aware of the strange aircraft in the Nigerian territory.