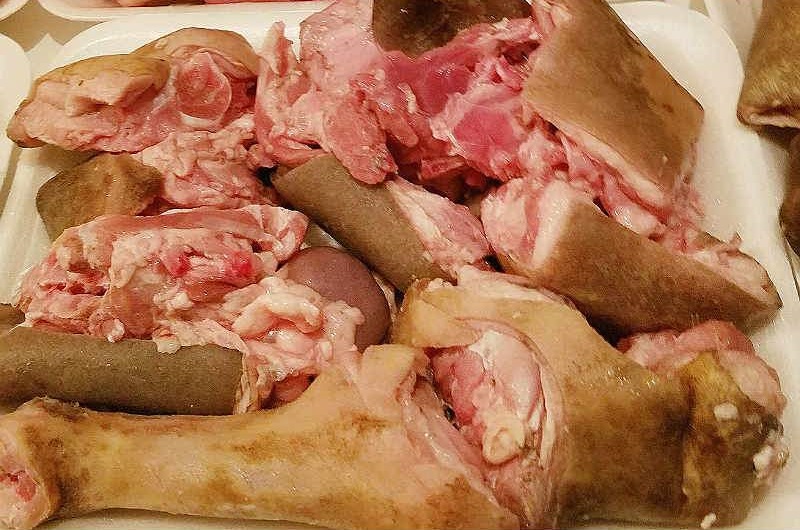 Goat meat or goat’s meat is the meat of the domestic goat. The common name for goat meat is simply “goat”, though meat from adult goats is referred to as chevon, while that from young goats can be called capretto or kid. Goat meat has a strong, gamey flavor, sweeter than lamb but less sweet than beef. Cooking it with lots of flavor and spices helps complement its unique flavor. Goat meat does not have cultural or religious taboos that some other meats may have, making it suitable for most cultures. In this article, I will like to explain some effects of eating goat meat, that you need to know.

1. It has a strong taste: Goat meat has a strong gamey flavor. Some people consider this a downside. Also, because it’s quite a lean meat, if it’s not cooked well it can be quite tough and undesirable to eat. Cooking it at low temperatures for longer periods helps bring out the flavor and tenderness of goat meat.

2. Increased risk of gout: Beef, pork, lamb, and goat contain high amounts of purines and may trigger gout attacks. Purines are natural substances found in all foods that are usually broken down into uric acid during digestion, According to experts, Organ meat such as liver, kidneys, brains, and heart contains higher amounts of purines. Patients who overeat these types of meat are at risk for gout attacks. 3. Antibiotic resistance:  Animal production practices have been cited as major contributors to the emergence of antibiotic-resistant bacteria, contributing to over two million illnesses and 23,000 deaths annually. This is especially concerning because 70% of antibiotics used in animal production are considered medically important, or used in human medical practices.

4. Red meat and negative health outcomes: While the nutritional composition of goat meat appears to be superior to some other red meat varieties, eating too much red meat has been suspected to increase cancer risk.