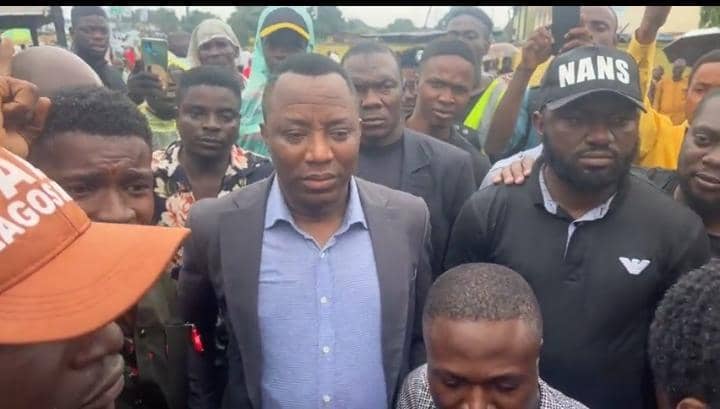 The AAC presidential candidate Omoyele Sowore  joined the National Association of Nigerian Students on Monday to protest the unending industrial action Nigerian lecturers have embarked on for eight months.

Sowore also spoke during the protest at the Murtala Mohammed International Airport, Lagos, one of the airports the student body penned down picketing.

He told them “this is your struggle.”

“I am a comrade and I remain a comrade forever, anything you need from us, let us know, but this is your struggle.

He urged drivers, traders and well-meaning Nigerians to support the students’ struggle.