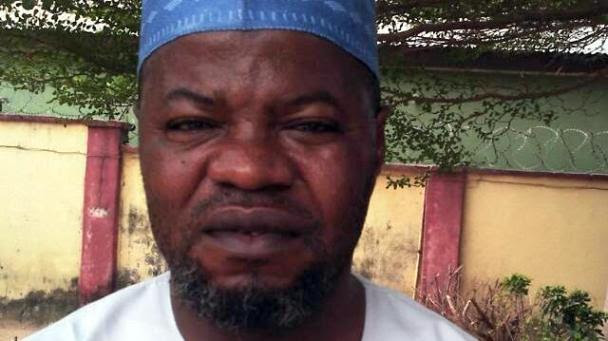 Share this on WhatsApp
Spread the love
Head of Benue Livestock Guard Aliyu Teshaku has been arrested after federal troops claimed it confirmed his involvement in the January 1 and the Catholic Church attack in which two priests were killed alongside 15 worshipers.
The Army said Mr Teshaku was a Boko Haram suspect and his arrest had input from the police and the State Security Service (SSS).
While announcing the arrest, Olabisi Ayeni, spokesperson for the Nigerian Army in Makurdi, said security agents had to move fast to prevent Teshaku and his cohorts in Bauchi, Borno and Yobe and Nasarawa States from launching new attacks.
Teshaku is also known as Aminu Yaminu, and has been heading the Civilian Joint Task Force, which morphed into the Livestock Guard, since 2013–before Gov.  Samuel Ortom came into office.
After the January attack, Teshaku was indicted by the military, following the confession of herdsmen arrested; they said Teshaku gave them arms.
He was once detained by police in 2011 after being declared wanted as a terrorist suspect.
But he was later released by the Defence Intelligence Agency (DIA), then headed by current NSA Babagana Monguno.
But some people in Benue believe Teshaku arrest is a form of persecution.
Teshaku is known for using the anti-grazing law to deal hard with Fulani herdsmen in the area, and the Miyetti Cattle Breeder Association have had a running battle with him over that.
However, Gov Samuel Ortom has said he will not cry foul over Teshaku’s arrest–that the law must have its due course in the matter.
“We don’t think the federal government or the army is doing this to persecute him,’  Paul Hembah, security adviser to the governor, told the Premium Times.
“But he would be arraigned in court and I am sure the security agency will bring out any evidence they have against him,” he said
Share this on WhatsApp