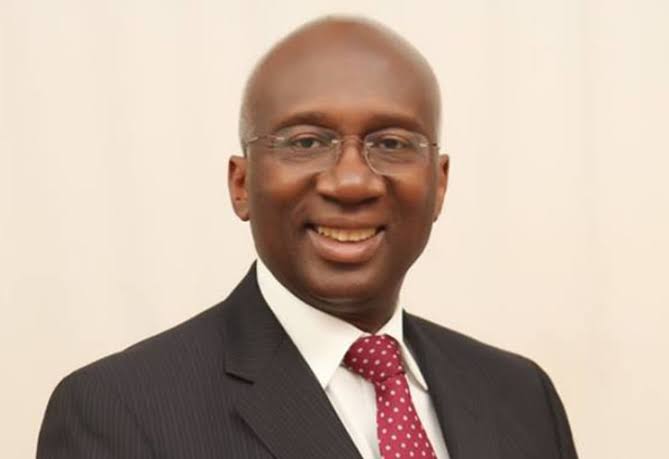 Stakeholders in the telecom industry have been unanimous in applauding the emergence of seasoned telecommunications technocrat Engr. Ernest Ndukwe has the Chairman of the Board of Directors of MTN Nigeria.

Prominent among the group is the New Dimension Shareholders Association, a prominent group of Capital Market Investors and Shareholders in notable companies quoted on the floor of the Nigerian Stock Exchange.

In a public statement signed by its President, Patrick Ajudua, the New Dimension Shareholders Association stated, “the appointment is a welcome development because he is tested and well experienced in the industry.”

The Association expressed optimism that the new MTN Board headed by Dr. Ernest Ndukwe will ensure transparency, compliance with corporate governance, and value addition to the shareholders.” In a similar vein, the President Proactive Shareholders Association, Taiwo Oderinde, urged the new board to shun any corporate governance lapses capable of dragging the image of the firm through the mud.

He noted, “The new Chairman, Dr. Ndukwe, is a man with a wealth of experience and connections in the telecommunications sector. As a one-time head of NCC, I believe with the support of other members of the board, he will bring this to bear in his new responsibility. I congratulate him and he should not let the shareholders and other stakeholders down.”

Dr. Ndukwe, a former Executive Vice Chairman (EVC) of Nigerian Communications Commission (NCC), is fondly called Mr. Telecoms for his vast experience and rich contributions to the growth of telecommunications industry over the years.

A highly respected telecommunications professional, Dr Ndukwe’s career has gone full circle, starting from the private sector as the Managing Director of a notable telecommunications company, he moved into government service at the helm of the industry regulatory agency as EVC of NCC and back to the private sector and now Chairman of Nigeria’s largest operating company MTN.

Cerebral and a hands on manager, Ndukwe was an adjunct faculty at the Pan Atlantic University/Lagos Business School and also a Director of the School’s Infrastructure Center. His passion for human capacity development in the industry led to the birth of the Digital Bridge Institute, an international centre for telecommunications and information technology studies, during his tour of duty as EVC of NCC.

Indeed, Dr Ndukwe would always state that the greatest legacy of his tenure in government is the liberalization of access to telecoms in Nigeria and making the benefits and impact of ICT available to the masses especially the poor and the most traditionally disenfranchised groups.

He was also a Vice Chairman of Telecom Development Advisory Group (TDAG) of the ITU representing Nigeria. In April 2014 he was decorated with an ITU Gold Medal Award “in recognition of his important contribution to global Information and communication technologies and to the work of ITU”.

Ndukwe has represented Nigeria at various international events and is a regular resource person at international conferences including International Telecommunications Union, ITU.  On special invitation he has served as adviser to a few countries in Africa on Telecom Policy and regulation.

For two consecutive years (2008 – 2009) he was adjudged the African Regulatory Personality of the Year. The Nigerian Communications Commission under him was severally voted the best regulatory agency in Africa.

A fellow of Nigerian Society of Engineers, FNSE, Nigerian Institute of Management, FNIM and Nigerian Academy of Engineering, FAEng, he holds honorary Doctorate degrees from five leading Universities in Nigeria and was also honoured for Outstanding Contributions In Public Office by the Commonwealth Business Council and the London based IC Publication amongst other esteemed laurels.

Ndukwe’s elevation as Chairman of the Board of MTN, to many, is the elixir needed for the continued transformation of MTN as the leading telecoms company in Nigeria. In his new position, Ndukwe is expected to deploy his rich and vast knowledge of telecommunications engineering and evident expertise in management for the continued growth and development of MTN Nigeria in particular and the ICT industry in general.