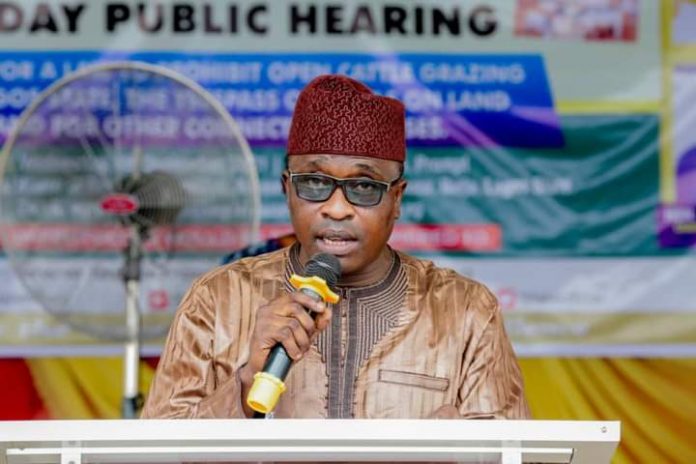 Stakeholders at a-day public hearing, on a bill for a law to Prohibit Open Cattle Grazing In Lagos State, the Trespass of Cattle Land And For Other Connected Purposes have thrown their weight behind the move, noting that archaic manner of pastoral farming need be jettisoned.

The parley hosted by the house Committee on Agriculture, had in attendance lots of key players in the animal husbandry flank of the industry, critically brainstorming on the way forward as land remains a limited resources in the state.

Breast taping discourse at the session, contributors maintained that the bill is a timely one, while calling for much more sensitisation for major players as it pertains the ‘cattle pound keeping’ culture proposed.

The Zonal Secretary of Myetti Allah Cattle Breeders Association in the South West, Alhaji  Meikudi Usman affirmed that it would be more expensive to breed cattle in one place,.

Usman stated that the best way to breed cattle was to move them from one place to another, adding that they move in search of greener pastures for their cattle from one place to the  another during dry and rainy season. 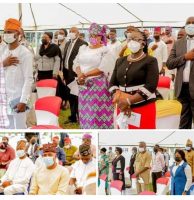 Usman pleaded for more time for his body to sensitize their members on the new proposed culture in the industry .

He added that the association would need the assistance of the state government if the bill must be signed into law, adding that raising a cow in one location could increase the price of a cow to as high as N2 Million.

He then called on the government to subsidize the cost of raising the animals in cattle pound as proposed.

“If cattle are bred in one place, the price could go up to about N2M each. We agreed with some local chiefs in other states that anyone who wants to rear cows in a location should be registered and such should notify them when he is leaving as their culture is to occupy a spot for a limited number of months before moving away.

“A Fulani man moves from one place to another to tend his cattle, but we have some bad eggs that are fomenting trouble, government should allow us to talk to our people to halt their cows from further destruction of people’s farmland.

“We have met with stakeholders in Ekiti, Ondo and even Oyo States and we reached agreements with them,” he said.

In his comment, the President of the Lagos State Sheep Farmers Association, Alhaji Mustapha Ibrahim said that the bill was not meant to attack anybody, but that it is an all-embracing one.

Ibrahim stressed that land is a limited resources in Lagos State, and the best thing is to ensure a symbiotic relationship exists between cattle rearers and crop farmers.

He also advocated for a legislation to promote the creation of farm estates across the state that will accommodate sheep and goat rearing as well.

Also speaking, the Executive Director of Consumer Rights Advocacy Center, Comrade Adeola Samuel suggested that the arrangement of some sections of the bill be reviewed to forestall likely litigation that may arise, while Dr. Femi Joseph said April 4, 2021, which is World Animal Control Day should be part of the bill.

Chairman of Lagos State Butchers Association of Lagos State, Alhaji Alabi Bamidele Kazeem urged the assembly to support the cattle breeders as breeding cattle on one location could be expensive.

Speaker of the Assembly, Rt. Hon. Mudashiru Obasa said in his keynote address that it is pertinent   to address the issue of cattle rearing, which now has dire consequences on our national security as is clearly one that needs drastic attention to ensure peaceful co-existence and other human desires.

Obasa, who was represented at the event by the Deputy Speaker, Hon. Wasiu Eshinlokun-Sanni said that the issue of cattle rearing and open grazing called for concerted efforts for stability and economic development.

“If there is no security, there will be no peace and development. Farmers/herders clash appears to be the oldest. Both the farmers and herders are critical to food supply chain in agricultural sector.

“Both of them affect our health. Their conflicts lead to insecurity and claim lives and properties. We must engage ourselves to make the right decisions,” he said.

Earlier in his welcome address, Chairman of the House Committee on Agriculture, Hon. Kehinde Joseph said that the proposed law was meant to ensure peace between herders and farmers in the state.

Joseph stated that it was meant to ensure the registration of herders and prohibit cattle roaming indiscriminately and impose stiffer punishment on those who bear arms while tending their cattle.

“It will forestall herders/farmers clashes and redefine social and economic activities in the state.

“Members of cattle breeders association will be sensitised on the new development and we will ensure strict compliance with the law, when it is passed,” he said.