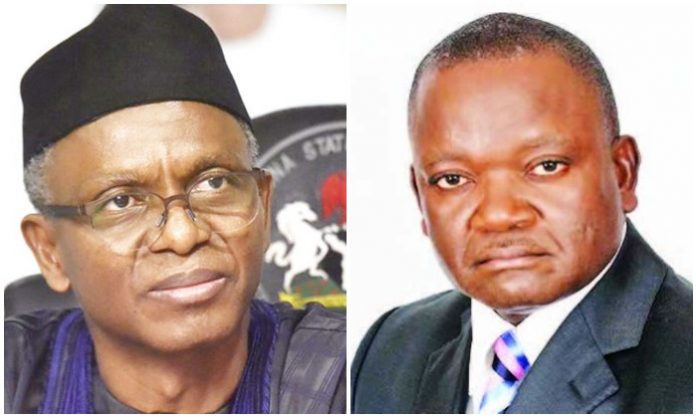 Governor Nasir el-Rufai of Kaduna state has called on Benue state counterpart, Samuel Ortom to quit blaming the Federal Government for his inadequacies regarding the security situation in the state.

El-Rufai who disclosed this while reacting to a video showing Ortom addressing protesters after some killings in Benue State, said Ortom is using the Federal Government as a punching bag to distract attention from his failures.

“I did not hear what Governor Ortom said (in the video) but I know him and he is not somebody I take very seriously, frankly. He has other issues of governance that he is using the Federal Government as a punching bag to distract attention from his failures.

“Go and find out how many months’ salaries are being owed teachers and public servants in Benue State then you can understand a lot of what Ortom is doing,” El-Rufai stated.

Nonetheless, El-Rufai opined that there is an urgent need to redress the issues regarding the capability of security agencies to tackle terrorism in the country.

“We have a serious national problem. I wouldn’t say we are totally helpless but we are in a situation where the Armed Forces and the police have lost significant confidence in themselves and their institutions,” he said.