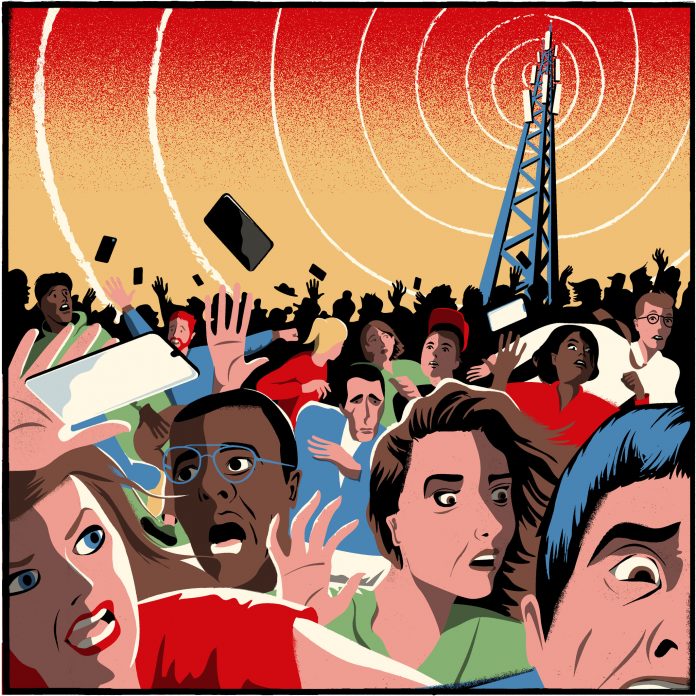 Swedish researchers in a study published in the journal Medicinsk Access, have revealed that 5G radiation causes typical symptoms indicative of “microwave syndrome.”

According to the study, a 5G base station installed on the roof of an apartment building caused extremely high levels of non-ionizing radiation in the apartment of the two persons living just below the station.

Within a few days of exposure, the residents of the apartment developed symptoms of microwave syndrome. After moving to a place with lower radiation, the symptoms quickly decreased or disappeared.

Measurements before and after the installation of the 5G installation showed that switching to 5G led to an increase in radiation from 9 milliWatts/m2 to a maximum of 1,690 milliWatts/m2 — high enough for both acute and long-term health effects.

Before 5G was installed there were already base stations for 3G or 4G in the same location directly above the apartment. So even though the radiation level before switching to 5G was high, after switching on 5G, the levels increased 188 times.

This shows that non-ionizing radiation from a 5G base station placed on a roof close to a living space can be exceedingly high.

The highest radiation level was detected in the bedroom, located just 5 meters below the base station, prompting the authors of the study to call for further investigation into the effects on people exposed to 5G radiation levels.

“It is shocking that this is the first study performed on 5G health effects, three years after the roll-out of this technology started and after having already exposed the population to 5G high-intensity pulsed microwave radiation for several years,” Mona Nilsson, managing director of the Swedish Radiation Protection Foundation and co-author of the study, told The Defender.

In the study, a man and a woman, ages 63 and 62 years old, were exposed to 5G from the roof of their apartment building, beginning in November 2021. The individuals recorded their symptoms both before and after the exposure began.

Microwave syndrome was described in the 1970s by scientists in the former Soviet Union who were researching occupational risks due to exposure to non-ionizing radiation.

The researchers noted the symptoms subsided when exposure to non-ionizing radiation ceased or decreased.

The most common cause of microwave syndrome symptoms is non-ionizing radiation exposure from cell phones, base stations for wireless communication, WiFi and smart meters.

The exposed person usually experiences symptoms in several bodily organs, although most often the symptoms are related to the central nervous system and the heart. The symptoms vary from person to person, as sensitivity to microwave radiation is individual.

Several studies during the last 20 years have shown increased risk of microwave syndrome symptoms among people living near mobile phone base stations.

The Swedish study not only showed that 5G causes microwave syndrome almost immediately, but it also found the levels of non-ionizing radiation increased massively.

Prior to their study, the authors noted, there were no scientific studies showing no risk of harmful health effects from chronic exposure to non-ionizing radiation from base stations at levels corresponding to SSM’s reference value, or at the levels measured in this case study.

However, despite extensive evidence of health risks, microwave radiation in the environment is increasing sharply. Still, the outdated reference value is used despite the fact it is demonstrably lacking protection against microwave syndrome and many other health risks.

Culled from The Defender