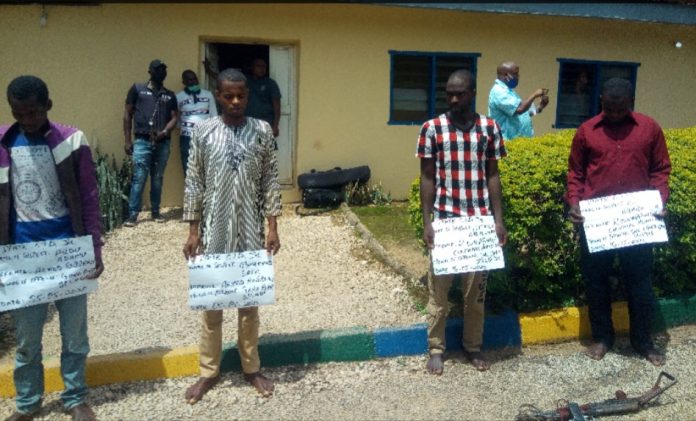 By Kingsley Chukwuka  Jos
The Plateau State Police Command has paraded two more suspected killers of Unijos lecturer, Dr Nandi Drenkat who was shot dead in his residence and his 7-year old daughter abducted.
The State Commissioner of Police, Edward Chuka Egbuka, on Saturday at a press briefing disclosed this to newsmen.
According to the Commissioner, the two suspects were tracked down by operatives of the Department of State Security (DSS), in the State following a tip off, adding that the suspects confessed to have been part of the gang that murdered the lecturer.
He said the suspects “Took the operatives to their hideouts, where two (2) firearms were recovered. An AK 47 rifle with two (2) rounds of ammunition and a baretta pistol with seven (7) rounds of ammunition.
The commissioner however warned criminal elements to either retrace their steps and desist from their unholy activities.