The English Premier League transfer window has since closed even  before the start of the season but still National Daily gathered that some England’s clubs remain susceptible to offers from abroad.

The European transfer deadline runs in most places until September 2, meaning a number of players from English clubs could still head to the continent in the coming week.

That’s not necessarily a bad thing, with clubs able to offload players that they don’t want and who aren’t going to see action at their current clubs.

But it is also an issue for some managers with regards men they are keen to keep for the campaign ahead – but who, right now, may in fact want to play their trade elsewhere. 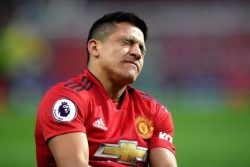 The 30-year-old’s time at Manchester United simply hasn’t played out as expected since he inked a £400,000-a-week (minimum) contract in January 2018, with just five goals in total for the Red Devils since.

It has been observed by National Daily that Sanchez is not just behind Anthony Martial and Marcus Rashford, but also Daniel James and 17-year-old Mason Greenwood in the pecking order at Old Trafford and Solskjaer would rather have him out of the club than sitting on the bench or in the stands.

United have been negotiating with Inter Milan over a loan deal to take Sanchez to San Siro, with Antonio Conte keen to team him up once more with Romelu Lukaku.

However, the players huge wages are an issue for all parties. 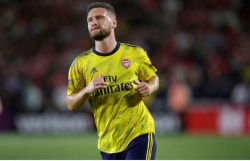 Reports reaching National Daily has it that Unai Emery has made clear that the German international is available if anyone comes calling in the coming days.

David Luiz and Sokratis are the Spaniard’s first-choice pairing right now, and both Calum Chambers and Rob Holding – when he returns from injury – are also ahead of Mustafi in his thoughts.

Mustafi’s agent has admitted that it would be better for the 27-year-old to depart, but the issue for Arsenal is whether they can recoup the majority of their £35million outlay, be it with a permanent deal now or a loan-to-buy.

Either way, his first-team days at the Emirates are numbered, but Gunners chiefs need to do something special to move him on in a deal worth its salt in the coming days. 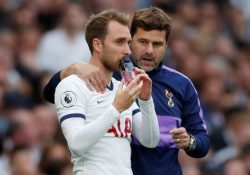 The Danish playmaker was back on the bench for Spurs in their surprise 1-0 loss at home to Newcastle United and his future remains up in the air.

National Daily gathered that Eriksen has made clear his desire to move on, with the 27-year-old keen on a move to Real Madrid, however no formal offer has been forthcoming from the Spanish capital.

His representatives remain unwilling to negotiate new terms at Spurs – his contract expires next summer – despite a £200,000 offer being on the table.

That has left both Mauricio Pochettino and Daniel Levy frustrated and it is an awkward situation for all parties, particularly given how impotent Spurs have looked without an on-form Eriksen.

Atletico Madrid could make a late play, but if no move is forthcoming from either they or Real in the coming days, then it would be a major dent to Eriksen’s ego, and a boost to Spurs’ hopes of persuading him to ink new terms.

National Daily learned that Chelsea spent £40million to bring the French international from Monaco in 2017, but he has spent just one year at Stanford Bridge before being shipped out on loan to AC Milan last season.

He impressed in Italy (eventually), but the Rossoneri didn’t want a permanent deal and Bakayoko subsequently returned for pre-season.

But Frank Lampard has no place for the 25-year-old this term and Chelsea are looking to cut their losses National Daily further gathered.

Monaco made a loan move, but it was blocked by the Blues as they sought a more high-profile switch, believing that would help maintain his value ahead of a future sale.

However, with little interest shown, he could still return to Ligue 1, with Monaco still the most likely destination. 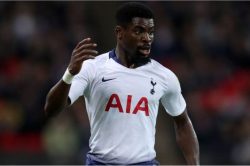 Spurs took advantage of Paris Saint-Germain’s need to balance the books when they signed the Ivory Coast international two years ago.

But Aurier failed to push the now-departed Kieran Trippier out of the side, and is now third choice behind both Kyle Walker-Peters and Juan Foyth at right-back.

AC Milan and PSG have both shown interest and Pochettino is open to letting him leave – despite Foyth’s current injury problem – because he simply hasn’t impressed enough.

If figures reach around £20million, it is expected that the Ivory Coast man can move on. 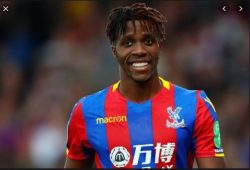 The Eagles star man didn’t get his move to Arsenal before the English window close, leaving Roy Hodgson to hope that he would be able to refocus on goings on at Selhurst Park.

Zaha has since taken part in all three Crystal Palace matches, but his future isn’t guaranteed.

French giants Paris Saint-Germain have earmarked the Ivory Coast international as a potential replacement for Neymar, should the Brazilian get his wish to move back toBarcelona .

And with Kylian Mbappe and Edinson Cavan both facing upto a month on the sidelines, PSG have little option other than to add to their attacking ranks in the coming days.

Zaha is keen to test himself in the Champions League and a switch to Paris would certainly appeal.

Behold! A new trick to use internet without buying data (MTN, others won’t like this)