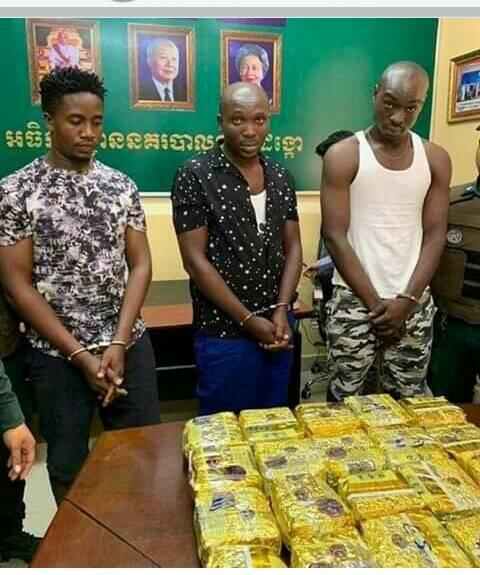 Three Nigerian men who were caught in Cambodia with cocaine “ice” were sentenced to death after being found guilty by the court. They were caught with large quantities of cocaine ice in the country.

While waiting for the hangman or the slaughter, there are indications that the three Nigerians may not die eventually, courtesy of the amended law in that country. Some observers have expressed that they should thank their God that death penalty has been abolished in Cambodia. They may bag five to 20 years imprisonment on appeal. However, the years of imprisonment may increase if they lose the appeal.

There were also observations that that there would have been no remedy if the incident had occurred in Indonesia, Malaysia, Thailand, Pakistan, Singapore, or India; they would have been marking their RIP.

Meanwhile, identities of the three Nigerians were yet to be ascertained at the time of this report.