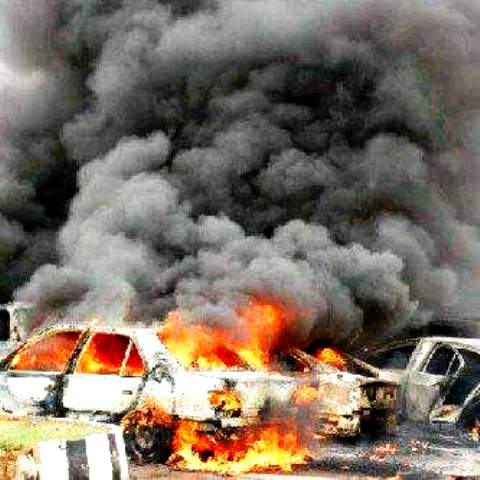 A major mobile phone market was torn to shreds on Wednesday in the ancient city of Kano as about 15 people were feared dead and 53 others wounded in a bloody terrorist attack.

This came after another bloody Tuesday which left about 30 killed in the northeast city of Yola, Adamawa state.

Witness said the explosion took place at the Farm Centre market shortly after 4:00 pm and rescuers were busy evacuating victims of the attacks.

The attacks were said to have been carried out by two female suicide bombers who were dropped off by 4 men driving an SUV, the bombs went off at the entrance of the market, while the other exploded inside the market.

The attacks in Kano occurred less than 24 hours after another bombing in Yola left more than 30 dead and 80 injured.

Share this on WhatsApp
Related Topics:Bomb blastsinsurgencymilitarySuicide Bomber
Up Next