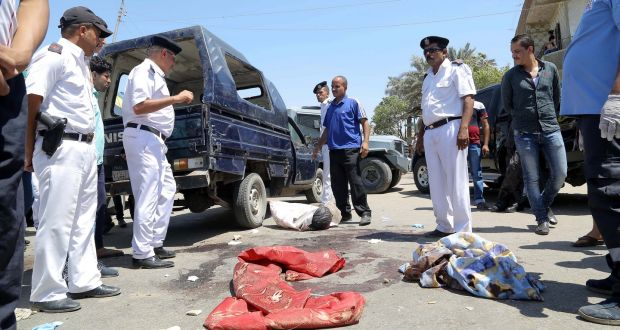 Two German tourists were stabbed to death at a hotel beach in the popular Red Sea resort of Hurghada on Saturday in Egypt.
A suspect has been arrested for questioning by police to determine why he did the stabbing.
However, BBC reports that at least four other people were injured by the suspect.
It was further gathered that the suspect had killed the two women before he went on to injure the two other tourists at the Zahabia hotel.
ALSO SEE: Terrorist attack kill over 80, injures 350 people
Not done, he proceeded to a nearby beach and wounded two more people at the Sunny Days El Palacio resort before he was overpowered by staff and arrested. The injured include two Czechs and two Armenians.
The El Palacio hotel Security Manager, Saud Abdelaziz said, “He had a knife with him and stabbed each of them three times in the chest. They died on the beach,”
It was gathered that the suspects were only looking for foreigners and he didn’t want any Egyptians,” a member of staff at the Zahabia hotel reiterated.