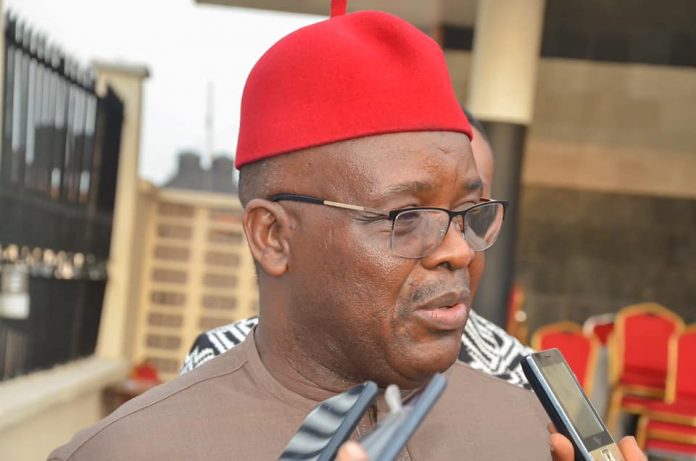 Former Chief of Army Staff, Gen Azubuike Ihejirika Rtd, has picked holes in the narratives being pushed by some Igbo leaders whom he described as highly placed opposition leaders, that only the Southeast is yet to produce a President since 1999.

Ihejirika who was Chief of Army Staff between 2010 and 2014, in an article said since 1999, Nigeria has had four Presidents, including the Present one, President Muhammadu Buhari.

“So, out of the six geopolitical zones, three have produced the President and three have not. This is public knowledge. There’s the Northcentral and Northeast, and then the Southeast.”

“You can hear some highly placed Igbo leaders/opposition politicians shouting loud and clear that only the SouthEast has not produced a President since 1999 while all other zones have done so, and that this is injustice and inequity against Igbos and that Nigeria cannot survive without justice and equity.

“That’s like insulting the sensibilities of other members of the Nigerian space, as well as issuing a threat. And those leading this chorus are well educated, very knowledgeable and internationally exposed persons who the less educated and ignorant masses look up to, for facts and guidance.

“You cannot win the free-will votes of Nigerians by such a method. Or do we think we can go to court, obtain an injunction, then come back to nominate a President which Nigerians must accept without voting, or must vote for, all because “it is our turn”?

“Meanwhile, some other leaders from other parts of the country have been busy building and mobilising grassroots support from across the zones, with a view to gaining their votes in next year’s presidential election. Are we expecting they should do the cultivation labour and then hand over the harvest to us, because “it is our turn”?  Foolish is not Igbo.”

According to him, wanton violence and threats will not work, “Threats, blackmail and insults cannot work here. Nor will simpletonic cunning and fox game work. We must take responsibility, with a forthright approach in seeking a solution to the problem, then we could be sure of cooperation and support from the Fed Govt, particularly in the area of funding,” he added.