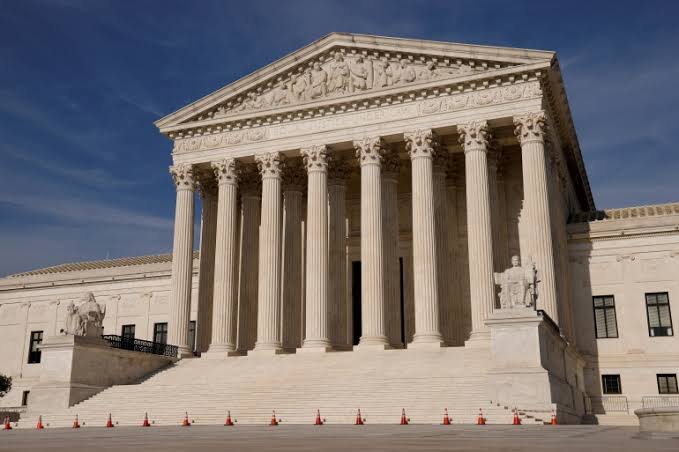 National Daily gathered that “the conservative-majority Supreme Court is holding a special hearing to decide whether the mandates can be implemented while the legal suits continue.”

President Biden had insisted that his administration will disregard the pending suits in enforcing the vaccine mandate.

Counsel to the Biden administration, Solicitor General Elizabeth Prelogar, argued that the measures were necessary “confronted with the deadliest pandemic in the nation’s history.”

Prelogar maintained that “Workers are becoming seriously ill and dying because they are exposed to the virus that causes Covid-19.”

The Solicitor general argued that the vaccine mandates will save more than 6,500 worker lives and prevent more than 250,000 hospitalizations over the course of six months.

It was disclosed that “businesses with 100 employees or more represent about two-thirds of the private sector workforce in the United States, or some 80 million people.

President Biden had made Covid vaccination compulsory for businesses that employ 100 workers or more, including health care workers at facilities funded by the federal government.

The U.S. government insisted that “unvaccinated employees would have to present weekly negative tests and wear face masks at work.” This is a stereotype policy adopted by the Nigerian government without consideration of the peculiarity of the infection in the country.

According to the U/S President, “We’ve been patient, but our patience is wearing thin.”

The Occupational Safety and Health Administration (OSHA) issued businesses February 9 ultimatum to comply with the vaccine mandate or be sanctioned.

Republican lawmakers and several businesses challenged the vaccine mandate, arguing that it is an infringement on individual rights and an abuse of government power.

About 26 business associations disagreed with the vaccine mandate, protesting that the mandate will “inflict irreparable harm upon hundreds of thousands of businesses.”

They argued that companies will be compelled to pass the costs of testing on to consumers, which will give rise to “yet higher prices at a time of record inflation.” The businesses further argued over the risk of unvaccinated employees “who will quit en masse rather than suffer additional testing costs each week.”

They maintained that “The resulting labor upheaval will devastate already fragile supply chains and labor markets.”

Missouri, leading the Republican -controlled states, protested  that compelling healthcare workers to be vaccinated “threatens to create a crisis in health care facilities in rural America.”

They further argued that “the mandate would force millions of workers to choose between losing their jobs or complying with an unlawful federal mandate.”

Already, several police officers in the US had threatened to quit their jobs en mass in some states rather than be compelled to accept the covid vaccine they do not need.

Meanwhile, it was disclosed that the U.S. Supreme Court revealed that all the six conservative justices and three liberal justices have been vaccinated and also received booster shots. The Supreme court was said to have earlier upheld vaccine mandate imposed on college students and health care workers by local authorities.

However, the U.S. Supreme Court had previously restricted the federal government by rejecting a moratorium prohibiting evictions because of the coronavirus pandemic.

Vaccine mandate has been generating controversies and mass protests, including legal suits in several countries in the world from Europe, the U.S. to Africa and Asia.

In Nigeria, hundreds of thousands of citizens have signed petitions to the President expressing their rejection of vaccine mandate imposed by the federal government on citizens in the country.

National Daily will bring you update on the U.S. Supreme Court proceedings on vaccine mandates in subsequent reports.