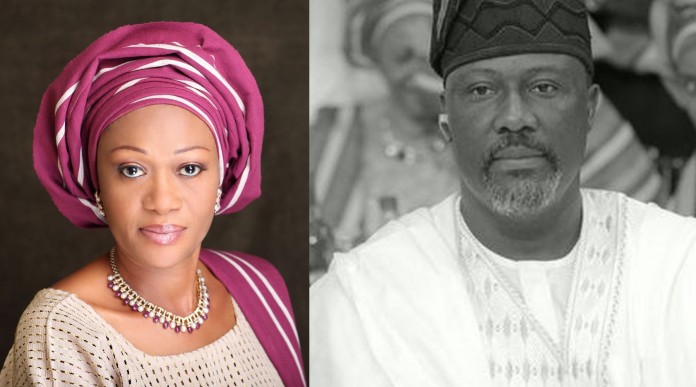 The story of Dino Melaye’s verbal bashing of Oluremi Tinubu has dominated the news for the last couple of days and while there had been a general idea of what he said, not many know what he said fully.

According to Sahara Reporters, sources within the senate have revealed just how rowdy the session was and that what Dino Melaye said was actually worse than what has been reported so far.

It was alleged that Melaye used some very derogatory terms while attacking Tinubu. In a report which appeared on Premium Times, Dino Melaye was said to have said  “Look this is not Bourdillon (the Lagos residence of Mrs. Tinubu’s politician husband, APC National Leader, Ahmed Bola Tinubu).  I will beat you up…impregnate you and nothing will happen.”

ALSO SEE: Melaye is your dino in the chamber

Sahara Reporters report that sources said of the tirade, “There were ramblings, uproar and profanities. It was so sad.”. It was also reported that Melaye used the F-bomb on Tinubu while ranting.

He was also reported to have insulted Tinubu even more by stating that he wouldn’t actually be with her as it would be akin to being with a bonga fish and that “I would rather be with a more robust and beautiful woman like Stella Oduah,”.

Melaye’s alleged statements have been condemned by many including the Lagos arm of APC.