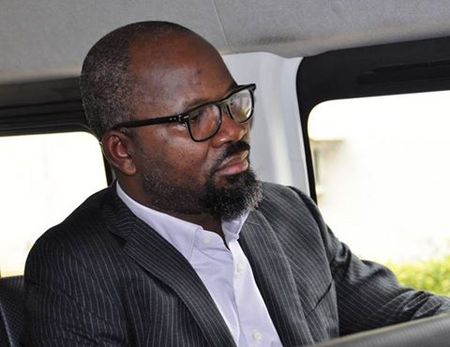 The Federal High Court, Abuja, has granted Gbenga Obadina, the Managing Director of Almond Properties Ltd., bail in the sum of N500 million.

The judge, Justice Nnamdi Dimgba, said that he should produce two sureties in the sum of N250 million each.

The EFCC arraigned Obadina on Friday for receiving over N2.4 billion from a former National Security Adviser, retired Col. Sambo Dasuki, for electricity contracts that were never executed.

Dimgba said that the defendant shall forfeit the N500 million to Federal Government if he jumps bail and the two sureties were to each enter a bail bond for the sum of N250 million.

He also said that the sureties could be private businessmen, professionals or civil servants, adding that the civil servant must not be less than the rank of a director.

The judge said that the sureties must also be owners of landed property in Asokoro, Maitama, Apo Legislators Quarters, Wuse II Abuja or Victoria Island, Lagos.

He said that the sureties must provide evidence of payment of income tax for the past five years.

Dimgba also ordered the defendant to deposit his international passports with the registrar of the court and must not travel abroad without the permission of the court.

ALSO SEE: Armsgate: How I acquired properties for Badeh – Witness

He added that the bail would only be approved upon the receipt of a letter from the EFCC that the defendant had provided his fingerprints and other bio-data to the commission in line with the ACJA.

According to him, the court is minded to grant the defendant bail because the prosecution has failed to show that he will jump bail.

“I note that offence the defendant is charged with attracts punishment ranging from seven to 14 years, but in any event, over three years imprisonment.

“Under the Administration of Criminal Justice Act (ACJA), I am required to release a person charged within the threshold of the penalties referenced above to bail.

“This is, however, except in circumstances where there is reasonable ground to believe that the defendant when released from bail will commit another offence.

“Taking a holistic appraisal of all the material before me, I am not convinced that a sufficient case has been made by the prosecution that any of the above negative conditions exist as to prevent the court from granting bail.

“I hold, therefore, that I am inclined to admit the defendant to bail and I so admit him,’’ Dimgba held.

He added that Section 36 (5) of the Constitution holds that every citizen charged with a crime is presumed innocent until proven otherwise and such a person needs to be in a conducive environment to prepare his defence.

He further ordered that the trial shall be accorded accelerated hearing and the defendant would remain in prison custody until he perfects his bail conditions.

Dimgba adjourned the case till Sept. 30 and Oct. 4 for commencement of trial.
NAN recalls that Obadina is facing an eight-count charge bordering on money laundering.
He pleaded not guilty to all the eight counts.