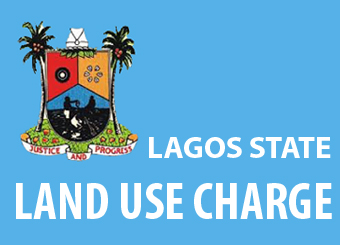 In other to tackle the issue of multiplicity of property taxes and levies between the State and Local Governments, and also to increase internally-generated revenue through property tax, the Lagos state government reviewed the Land Use Charge Law.

Recall that on 29th January 2018, the Lagos State House of Assembly, passed the Land Use Charge Law, 2018 (LUCL) with the Governor’s assent.

The new law replaces the Land Use Charge Law, No. 11 of 2001. The LUCL 2018, applies to real and landed property in Lagos State, and consolidates all property and land-based rates/charges into a single property charge.

In essence, the major change in the current Law is the introduction of a land use charge formulae that ensure that assessments are based on ‘market’ or commercial value of land and improvements as supported or verified by professional evidence of the Estate Valuers appointed by the State.

The Land Use Charge payable on any property is calculated by multiplying the market value of the property by the applicable relief rate and annual charge rate using the prescribed formulae.

Property owned and occupied by a religious body and used exclusively as a place
of worship or religious education are exempted from this new tax as well as public cemeteries and burial grounds and property used as a registered educational institution. Palaces of recognized traditional rulers in the State are also exempted.

It is however very important to bear in mind that the fact a property has been marked as exempt does not mean that it will remain exempt indefinitely.

The penalty for non-compliance with provisions of the law has been increased to a maximum fine of Two Hundred and Fifty Thousand Naira (=N=250,000), from One Hundred Thousand Naira (=N=100,000) as provided in the 2001 Legislation.

This is because (by deductive implication) the imposition of land use charge on a landed property means that all other legislation that imposes tax on properties would cease to apply to relevant landed property.