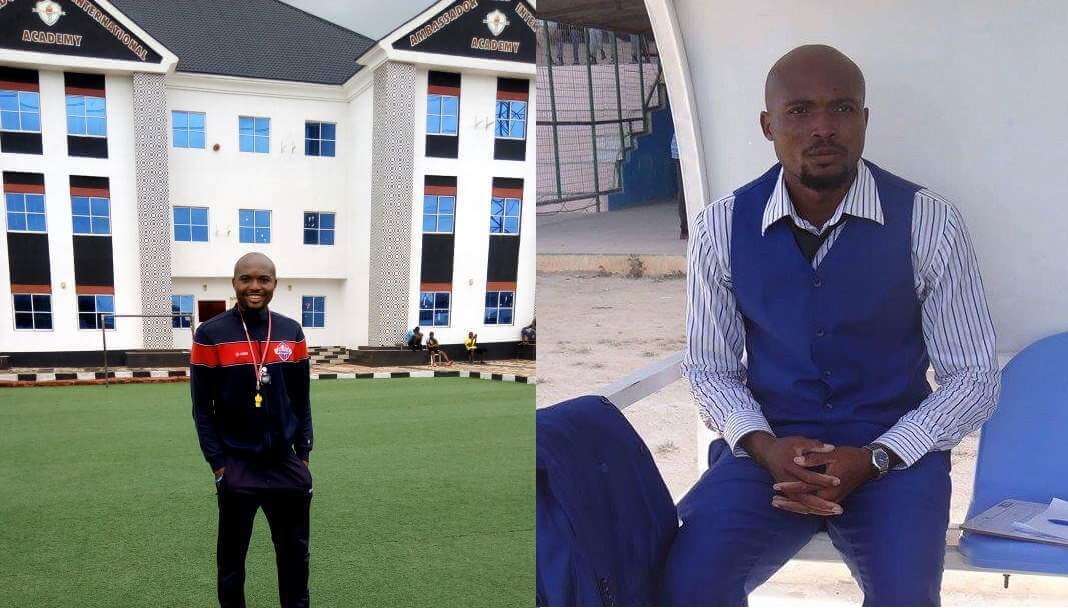 Share this on WhatsApp
Spread the love
Former Heegan FC head coach, Felix Nwosu has expressed interest in taking up the Nigeria U-17 national football team job.The 28-year-old gaffer, who recently completed a CAF C license course guided the Somalian top-flight outfit as well as a Kenyan Division One side, FC Talanta, and he is counting on his experiences at those clubs to give him an edge over others that applied for the same job.Having had coaching experiences outside of Nigeria, Nwosu told Esther Egbe.

Can we meet you?

My name is Felix Ifeanyi Nwosu, from Enugwu-ukwu in Anambra state, Nigeria. I was born on the 23rd of March, 1989 in Enugu State.I have coached and managed some football teams in Nigeria, Kenya and the most recent is Heegan FC in Somalia Premier League. I always have that passion to teach, impact and mentor young and upcoming players. So becoming a coach is the first step towards achieving it. Have done some mentorship programs for players in clubs and I have a personally registered a football company brand known as FIN Football. There we make champions. Like I said, I regret the fact that I couldn’t play to the highest level I wished to play.

What your plan for the U-17 boys ,if you were shortlisted among the coaches?

Having worked with youth teams in the past and presently working with them,  I know how to scout, develop and mentor young minds. The problem we have in Nigeria football is that we are getting it all wrong from the youth and grassroots level.Every serious football nation has a football culture, unlike Nigeria.If we do,  it only exists in the papers at the office and not applicable in the field of play. So I intend to bring in a culture that the coaches above me in other senior national teams will key in to as well. We must have the same pattern from the grassroots up to the senior level, so as the players are been promoted to higher Cadre, it won’t be a total overhauling.It’s gonna be a systematic growth.

Why didn’t you make the list? What did you think was the problem?

I don’t know. But I know I submitted via online cos there was such provision. I was almost out of time that’s why I couldn’t send hard copy of my cv to the glasshouse. I applied through the two addresses provided and the emails were confirmed delivered. But I don’t know.I know am not the only person missing. The organizers know their criteria for selection and I won’t query them. There is always the next time. Am still too young though I have a good resume.

How long have you been away? How was it like coaching abroad?

It’s three years now that I have been coaching. It wasn’t easy getting a job as a foreigner. You must be extraordinary because the club has to weigh the option of getting you a working permit which ain’t cheap.So if you don’t know your onions you won’t even get close to any club. Then when you get the job,  the whole pressure is on you to clear all trophies as if other teams didn’t come to compete. So at any little mistake, you get fired. Only the strong willed and minded can survive out there. Especially in Africa!

Definitely, I gained some knowledge from the instructors. High Chief Onigbinde and Chief Kashimawo Laloko, Bitrus Bewarang, James Peters, Okosun, Rtd Ref Mohamed Ameenu and the rest were all good men packed with experience and knowledge. So I gained a lot within that two weeks. I always seek for knowledge because I know the game is dynamic in nature. Things changes daily, so one needs to be updated regularly. The reason why I have obtained some certification for the English FA, Netherlands KNVB, Swedish Tiki Taka, Kenya Institute of Soccer Education and so on.. I know one day I will combine all those experience and knowledge to the betterment of our football.  I keep searching for more knowledge.  Yes in the Course last three months I was voted the class captain by over 100 coaches who attended the course. I was so humbled to be deemed fit a leader amongst many experienced coaches in Nigeria. And I gave it my best, and with help of my classmates, we all passed the course and got licensed by CAF… It was a great feat to me. Kudos to NFF for organizing such developmental courses.

How did you get into football? What have you achieved so far?

I started as a player, back in primary school. Captained my school team then. Also in my secondary school I was the games prefect of my school, then I joined Court of Appeal FC, later played for Rangers International FC Enugu, later to Kenya where I played for premier side Gor Mahia FC and FC Talanta, Ligi Ndogo SC and MOYAS FC before injury sets in an that was the end of my playing career. I quickly joined football management through my brand FIN Football Management Agency, then moved into coaching. So whatever aspect of football, I have been there. I also wanna enroll for a course in sports /football management soon by His grace.

In coaching FC Talanta we finished top table same point with Posta Rangers who won the league on goal difference… In Somali, as gaffer, I finished in the semi final of the FA Cup where we lost to eventual all time champ Bana Adir SC on post match penalties. Played a total of 14 matches, won 9, draw 3, and lose 2… As the assistant in the court of Appeal, we finished top in Judiciary cup.

I will sack Wenger if I buy Arsenal, Says Aliko Dangote