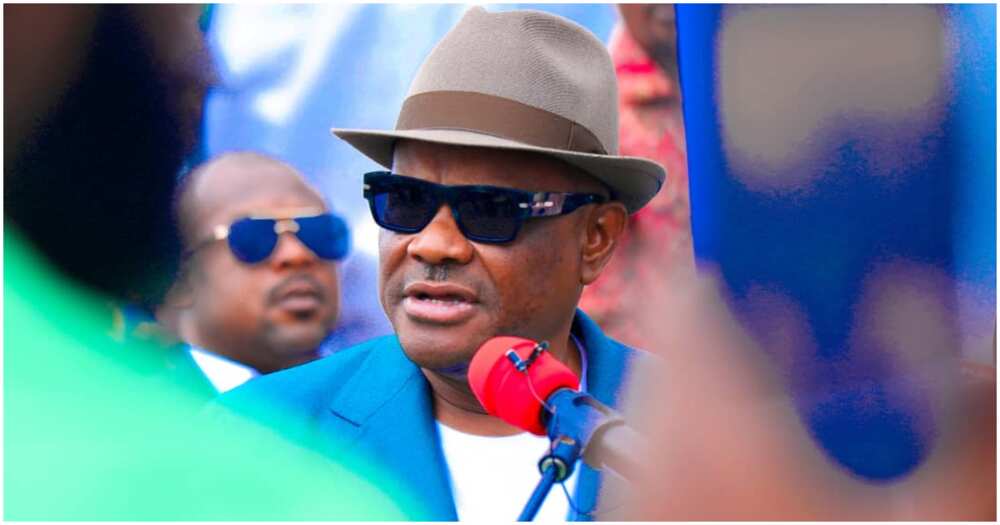 The Rivers State Governor, Nyesom Wike, on Tuesday promised to reveal his adopted presidential candidate in the 2023 election.

He stated this during the commissioning of the Rukpokwu-Igwuruta Link Road in the Obio-Akpor Local Government Area of the state.

READ ALSO: Wike intensifies war against Amaechi – I did the road to your house

Efforts to resolve the disagreement and bring all parties together ahead of the election have failed to achieve the desired results.

The governor at the event wooed supporters to cast their votes for all the candidates contesting on the platform of the PDP in the state.

He, however, said the decision on the candidate to support in the presidential election would be taken in due course.

“Then the other one, I will come and tell you where you will vote. All I will tell you, is don’t worry, calm down, these ones that I mentioned, make sure you vote for them. Very soon, we will meet and make a decision on where we are going.”

Native doctor machete neighbor to death over allegation of theft