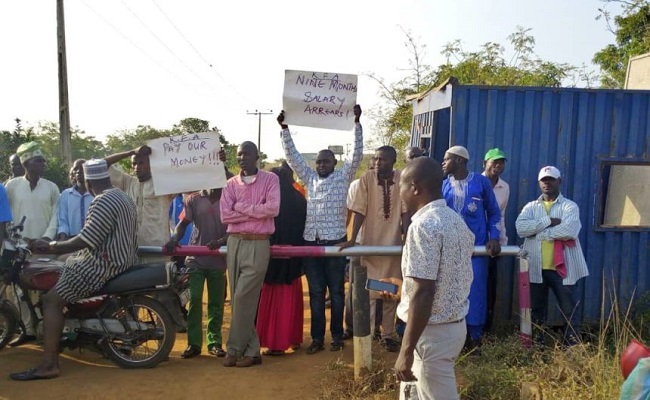 Workers at the Kwara State College of Education, Ilorin, have carried out their threat to continue the protest they commenced recently expressing their pains, disappointment and to demand the payment of seven months’ salary owed by the Kwara State government.

National Daily learned that the enraged protesting workers laid siege on the Government House; defying all security pleas to quit the venue, and insisting they want to have interface with Governor Abdulfatah Ahmed.

The workers carried placards and were chanting solidarity songs, while demanding explanations from the governor why the state government neglected workers of the college of education.

National Daily further learned that after waiting in the scorching sun for over three hours, the governor requested that their representatives be sent. Thereafter, one of the union leaders was learned to have noted that the governor promised to address the salary controversy soon.