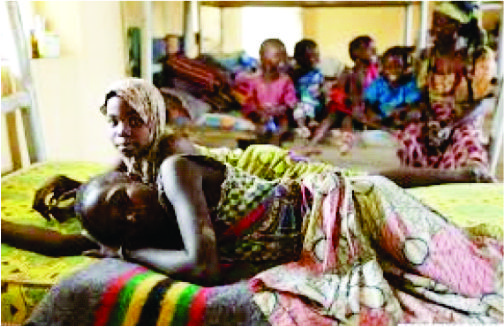 At least, over one million children have been forced out of school in Nigeria due to the unrelenting Boko Haram mindless attacks going on in Nigeria, Chad, Cameroon, and Niger respectively, a new UNICEF report just released has revealed.

“Schools have been targets of attack, so children are scared to go back to the classroom,” Manuel Fontaine, UNICEF’s West and Central Africa regional director, in a press release accompanying the report.

“Yet the longer they stay out of school, the greater the risks of being abused, abducted and recruited by armed groups.”

National Daily Newspaper learnt that over 2,000 schools have been closed and hundreds more have been attacked or burnt by the group, which wants to establish a caliphate in Nigeria’s northeast and surrounding territory.

These numbers are particularly alarming because Boko Haram, which gained notoriety in the North-East after militants kidnapped more than 260 girls from their boarding school in the Nigerian town of Chibok last year, has survived in large part by preying on the poor and vulnerables.

According to UNICEF, the 1 million now kept out of school by the group adds to a total of 11 million children from the four countries who were out of primary school even before the group launched its war against government structures. Some 600 teachers have been killed by the insurgents in Nigeria alone. Many classrooms are severely overcrowded, and other school buildings are now being used to house the displaced.

The United Nations warned Wednesday that unless the group is defeated, the next generation of children from the Lake Chad region will be at risk for radicalization or other social unrest.

Earlier this year, President Muhammadu Buhari, gave the military a December deadline to beat back the group.

The Minister of information, Lai Mohammed, on Wednesday told media Editors that the military has largely met the December 31st 2015 deadline to defeat Boko Haram, saying what he saw during his recent trip to the theatre of war in Borno State and the briefings he received from the military top brass convinced him of the successes recorded by the military.

”They (military) have so degraded the capability of Boko Haram that the terrorist , can no longer carry out any spectacular attacks. Remember, gentlemen, that at the height of the war, Boko Haram controlled 20 of the 27 local governments in Borno.”

On Monday, two teenage girls detonated themselves in a bloody suicide attack, killing nine and injuring dozens in the northeastern district of Benisheikh.