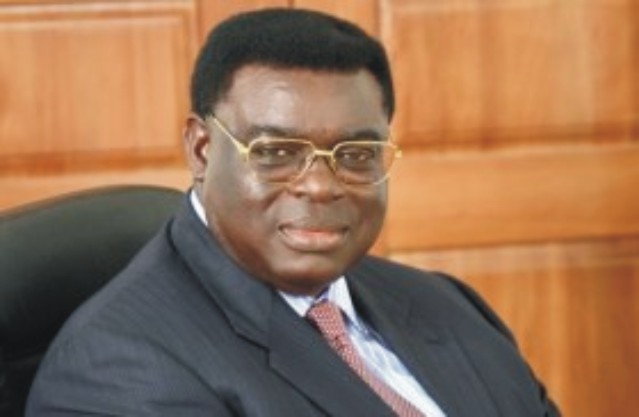 The Chairman of Arik Air, Sir Joseph Arumemi-Ikhide, has come out to clear the air over alleged N12.5 billion debt owed the Federal Airports Authority of Nigeria (FAAN). The Arik boss said the airline paid a cumulative amount of N18.9 billion to the authority from inception of its operations to date.

It would be recalled that aviation unions under the aegis of Air Transport Services Senior Staff Association of Nigeria (ATSSSAN) and the National Union of Air Transport Employees (NUATE) were, yesterday 20th April, instigated by FAAN to picket the airline over the said N12.5 billion debt, a situation that grounded operations of the airline and nearly caused rampage by the intending passengers.

Arumemi described FAAN’s resort to protest and allegation as false and contemptuous, saying that the landlords have been frustrating every reconciliation procedure initiated by the courts and past Aviation Ministers. He disclosed that out of the N18.9 billion paid to FAAN from when Arik commenced operations till date, FAAN only acknowledged on February 12, 2016 in a letter that it had received the payment of N11.4 billion from the airline.

He noted that FAAN also admitted it received certain amount but could not ascertain where the money was from, a situation the Arik Chairman described as laughable. He recalled how FAAN frustrated the efforts of a Senate Committee on Aviation, headed by Senator Hope Uzodima, former Aviation Minister, Mrs. Stella Oduah and former Permanent Secretary, Ministry of Aviation, Mrs. Binta Bello to dig through the matter with a view to settle the rift.

He added that while the matter was there, FAAN allegedly asked the committee to give it two weeks and after that, it asked for four weeks and finally stopped coming. According to him: “FAAN took us to the committee two years ago. FAAN, who initiated the moves to reconcile the accounts are not ready for reconciliation. We have been reminding them that we want to reconcile the account so that we can move forward.”

The Chairman, who said this at a briefing with aviation correspondents in Lagos, disclosed that he was not happy about the situation, adding that when both parties met with the former Permanent Secretary, Ministry of Aviation, Mrs. Binta Bello, she told them that “any claim or claims not backed with recorded documents as evidence, should be considered null and void.”

Meanwhile, the Managing Director of Arik, Mr. Chris Ndulue, said that the airline had resumed flight operations after yesterday’s disruption by aviation unions, which he described as unfortunate. He added that Arik’s management board had meeting with unions and that SSS and police were equally present at the meeting but that he was expecting to see FAAN management but that they were nowhere to be found.

According to him, all the parties agreed that they would reconcile the account and that other outstanding payments should equally be addressed.

On his part, Emeka Nwigwe, from Babajide Goku Chamber, who is the legal consultant, declared that what the unions did yesterday was an affront on the Federal High Court and the state, adding that if FAAN does not want the court to resolve the issue, the agency should tell the court.

In his words, “It is an affront on the Federal High Court and the state .A situation where staff whether individual or group decides to turn themselves into debtor collecting agency is absurd.”

He continued, “FAAN has no documents to back their claims, they simply result to intimidation. The case is in court. FAAN’S action is contemptuous. The law is very clear; no party should take anticipatory action when a case is pending in court, adding that FAAN took the matter to court in 2015 but that the authority failed to satisfy the court with convincing evidence to prove the alleged debts.