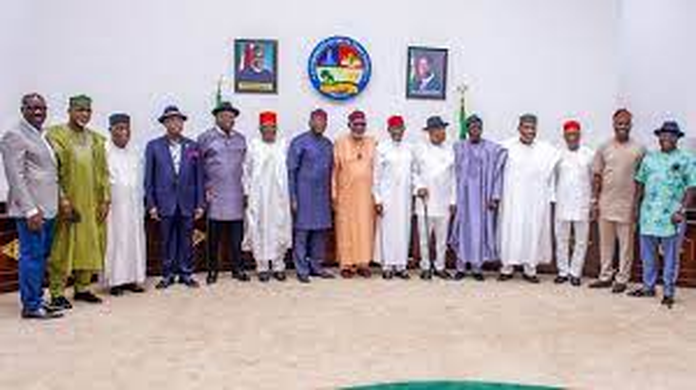 Some northern senators recently ridiculed the zoning—or rotation—of the 2023 presidency to the south, and they just provoked chairman of the southwest governor forum.

Akeredolu, chairman, the southwest governors’ forum, insisted it is in the interest of justice.

“If President Buhari has been in office for eight years, it can’t be from the North. The next president must come from the South,” Akeredolu said during an interview on Channels TV.

Senators Adamu Bulkachuwa (APC-Bauchi) and Abdullahi Adam (APC-Nasarawa) recently described the idea of rotational presidency as a pipe dream—that the north can still produce the next president.

“It is democracy. Why do you want to change it? Wishful thinking only. How do you zone it?,” the former governor of Nasarawa said at press conference in Abuja days ago.

The north has the number, no doubt, as many political analysts have observed.

But the southern governors’ forum—17 of them— has been meeting to demand the presidency be zoned to the region.

“All of us are unanimous in our position that the next president of this country must come from the south,” he said.

“I believe that any party that picks somebody from the North would have to face the whole southern region because they will not support it.

“The justice of it and the fairness in it is what we are preaching.”

So far the tree zones in the south have only been clamoring for rotation, and only the southwest seems to have candidates potentially ready to contest the election in 2023.

There’s no candidate apparently positioned to contest. Nor there is any in the south-south—except former President Goodluck Jonathan.

He has his own baggage, though: he has taken the oath of office twice, the max the Constitution allows.