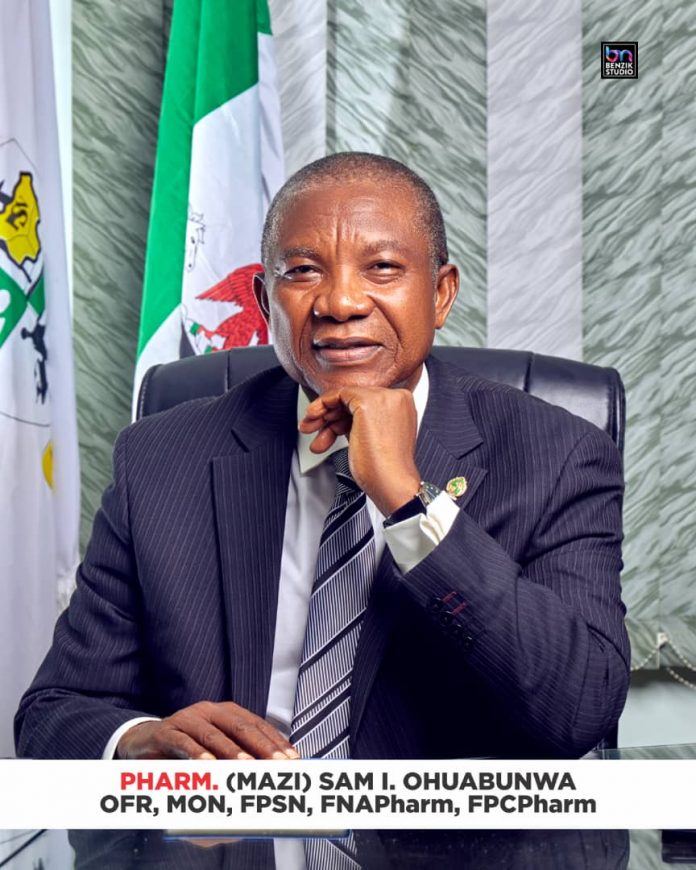 Mazi Sam Ohuabunwa, a former Chairman of the Nigerian Economic Summit Group (NESG), has declared intentions to run for the presidency in 2023.

Ohuabunwa, Founder of Neimeth Pharmaceutical and President of Pharmaceutical Society of Nigeria, made his intentions known at a news conference in Lagos on Thursday.

The Abia-born politician and businessman, who is also the Convener of the New Nigeria Group, said he’s seeking to rule Nigeria in 2023, was not based on geopolitical zone but on convictions of what he could offer the nation.
Although he was silent on the platform he intended to use to achieve his aspirations, Ohuabunwa pointed out that he would be aligning with a political party to be announced soon.
He said his mission would be to mobilize Nigerians from across the nation, irrespective of tribe or religion, to take a more active part in politics for a better Nigeria.
“I want to do what Nelson Mandela did for South Africa in Nigeria. I have the sound mind, and the ideology is coming with, is the panacea to all challenges in the country,” he said.
He said his key focus would be on four current challenges in the nation, which included poverty, corruption, injustice, and insecurity, adding that if elected, he would stop unrestrained killings across the nation in 60 days.
He said that choice of who became Nigeria’s president in 2023, would not be based on money but would be decided by what a candidate could offer.
“The times have changed. Nigerians are wiser and the culture of money politics has changed. I believe Nigerians will rally around my aspiration, based on my pedigree, professionalism, and integrity.
‘Nigerians are looking for a competent character and not just a political party, thus in 2023, it is possible to get the office of the president.”
Reacting to statements on 60 – year age bracket for president, attributed to the former head of state, Gen. Ibrahim Babangida, the 71-year-old presidential hopeful said: “IBB had a right to speak his mind but cannot decide.
” I am for youthfulness, being youthful is not about chronological age but healthy body, sound mind, good spirit and contemporary ability to build a complex country like Nigeria. These are qualities I possess.
“Age is not against me. The U S. President is 78. Age is not tantamount to poor performance. We have had younger persons in positions of power that failed and even indicted for frauds and embezzlement.”
On the issue of the rotational presidency, he said: I believe we must care for each other and give every segment, a sense of belonging but that is not the basis of my aspiration.
“Those opposing zoning, supported it earlier when it suited them. Whilst I support rotation, I also believe that what Nigeria needs, is a leader that is detribalized.
” We must change the narratives of our current challenges and agitations, and enshrine a Nigeria, where leaders will emerge based on merit and not tribe or religion.
The National Daily reports that Mazi Samuel Iheanyichukwu Ohuabunwa, OFR, was born on Aug. 16, 1950, he read Pharmacy at the University of Ife, now Obafemi Awolowo University, graduating in 1976.

He obtained his post-graduate education in Organisational & Corporate Management at Columbia University, New York, U.S, and in Executive Business Management at the Lagos Business School, Lagos. He received an honorary Doctor of Business/Administration (ODBA) Degree from Gregory University, Uturu, Abia.

He belonged to several professional groups and led the Management buy-out of Pfizer West Africa in 1997, where he rose as a pharmaceutical sales representative from 1978, to become chairman /chief executive officer and regional manager in 1993.