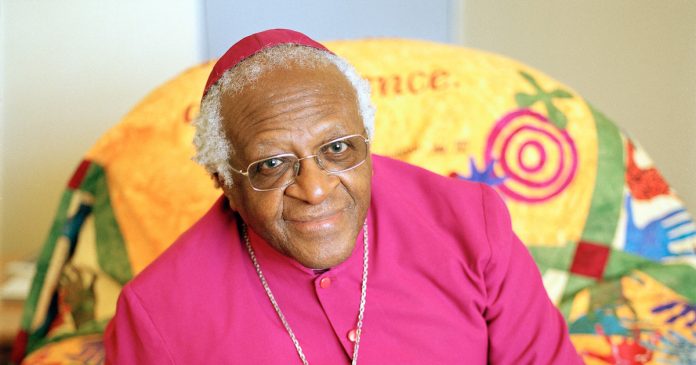 Reports of Archbishop Desmond Tutu’s death have been found out to be false, as the beloved Archbishop is still alive, according to his son, Trevor, National Daily has learnt.

Rumours of his demise started after a tweet from an account claiming to be that of the Bishop of Johannesburg Stephen Moreo, speaking on behalf of the Anglican Diocese.

The account was created in August and only had three tweets, but the rumour soon spread and several small news organisations started sharing posts about his passing.

The news spread like wildfire, as South Africans began to mourn the revered reverend online. However, a few things just weren’t adding up.

The account itself is found out to be unverified. There was no confirmation from the Desmond Tutu Foundation itself. The person posting the announcement has tweeted just four times – including the post that sent social media into frenzy.

Eventually, as suspicions arose and more people began to label the declaration as ‘fake news’, we got a confession from the account in question – an Italian journalist, for reasons as yet unknown, confirmed he was behind this hoax.

However, the Desmond & Leah Tutu Legacy Foundation have taken to Twitter to release a statement condemning the fake news.

The Desmond & Leah Tutu Legacy Foundation out rightly condemn the false, irresponsible, mischievous news that has been circulated today about our Founder Archbishop Emeritus Desmond Tutu.

And The Arch’s son, Trevor, made it clear that not only is his father still alive, but that they have plans for lunch and beer this weekend.

Tutu marked his 90th birthday just a few weeks ago, with a rare public appearance at a special thanksgiving service at St George’s Cathedral in Cape Town, where he was appointed South Africa’s first black Anglican archbishop in 1986.

Last month, a book authored by the Nobel Peace Prize laureate was a top seller at an auction to celebrate his 90th birthday, with the signed first-edition copy, the 2004 God Has a Dream, forming part of paraphernalia auctioned to honour the anti-apartheid icon.

“The leather-bound hardcover is accompanied by a certificate of authenticity, is signed by the archbishop, and is number 525 of a small print run of 1,200,” the Tutu foundation said in a statement.

The auction fetched R3.5 million, which was channelled to the Desmond & Leah Tutu Legacy Foundation.