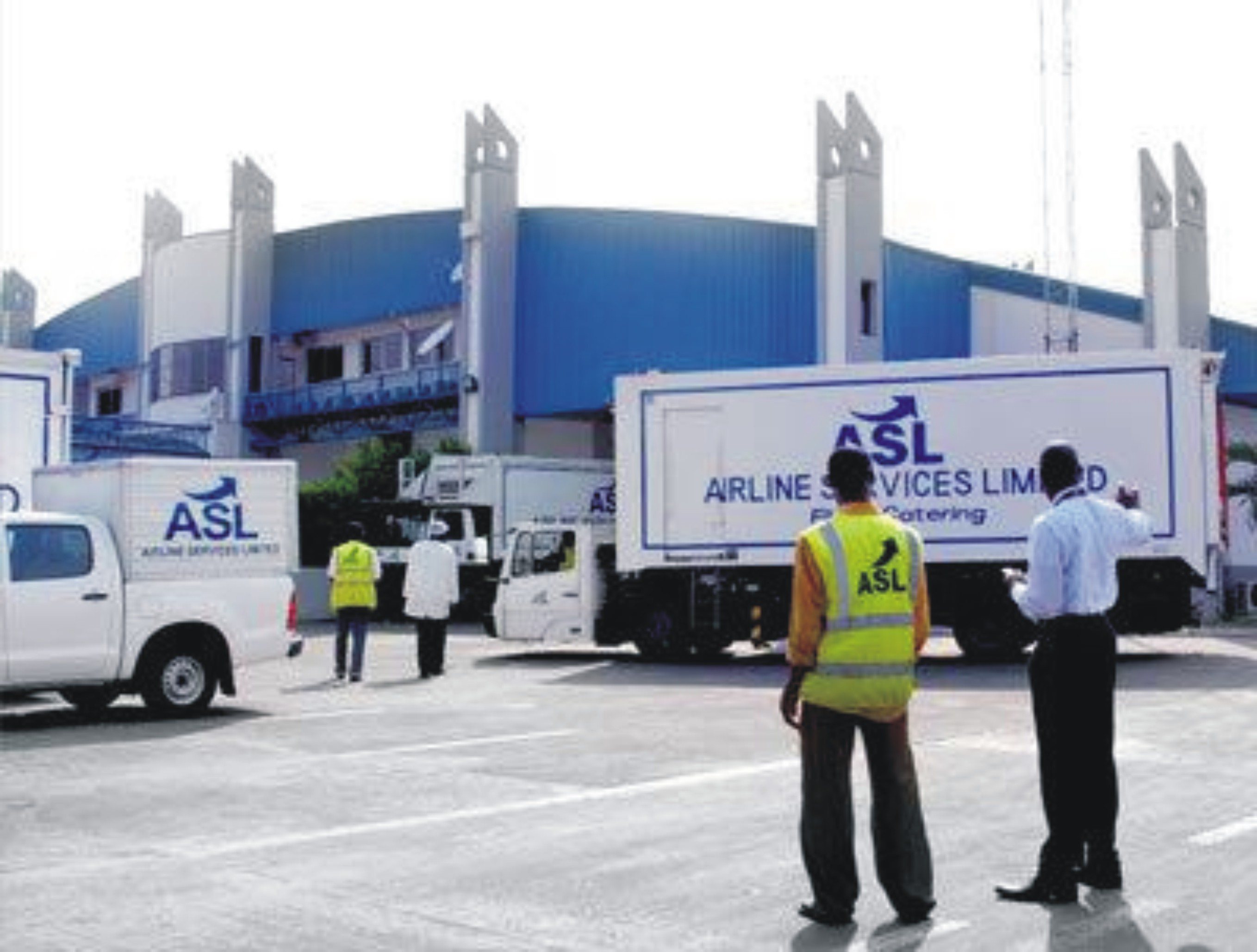 Disgruntled workers of Airline Services Logistics (ASL) at the Murtala Muhammed Airport, Lagos, have resolved to continue their strike action against the management at the expense of their home comfort.

The strike, which started over the sack of two top management staff in the early hours of yesterday Friday, 18th March, continued through the night and up to this hour, being Saturday, 19th March.

National Daily gathered that the angry workers slept in the catering organization’s premises to continue their industrial action.

Sources have confirmed that the management is now worried that airlines are  now patronizing other catering companies to supply them with in-flight cuisine.

Investigation revealed that these airlines were either not serviced yesterday, or had to turn down the catering due to what they term ‘unhealthy’ development with regards to the unrest pulling down their choice suppliers of passenger food.

It was gathered that the sacked Chairman of the Union in ASL, Sule Muniru and the Quality Assurance Manager, Mr Abulimen Ehimien, were trying to negotiate for better welfare of the workers, a situation that sparked the management’s fury.

And despite the intervention of the National Union of Hotels and Personal Services Workers (NUHPW), the Assistant Commissioner of police, the new Managing Director of ASL, Laurent Moussard insisted that he would not reconsider his action.

On Friday, the workers slept in the premises of ASL and barricaded the entrance, forbidding anybody from either going out or coming in.

The workers also insisted on the recall of their sacked colleagues, who, they said, have served for years only to be terminated without following due process for a simple reason as trying to negotiate workers welfare. They also alleged that the management is in the habit of sacking people in batches for no reason and not paying them off.

A staff, who spoke on the condition of anonymity, said: “ As we speak, we have learnt that they have a list that they are working with and instead of outright sacking en-masse, they are doing it in batches and claiming that the staff are redundant. This is not the only reason, there are many more.”

He added that even the annual interest has been cancelled and so has promotion, as most staff have been stagnated where they are for many years. The source also said that they have forfeited annual incentives because the company wasn’t willing to provide.

Secretary of the internal union, Comrade Alex Oniku, confirmed the development, insisting that the action will continue until the MD withdrew the termination letters he gave to the affected staff, restate them so they can proceed on discussion.

Airline Services & Logistics PLC (ASL) is a leading provider of catering and hospitality services to international airlines and airports in Nigeria. Since its inception, ASL has consistently delivered premium catering services to tier 1 corporate institution. Presently, ASL employs over 510 full time staff and supplies to 600 flight handlers per month.

The company is Said to be one of the top value earners in the Nigeria’s aviation industry and has enlisted a stake on the Nigeria Stock Exchange.

How Abdulsalam, others sapped NAMA of over N5 bn