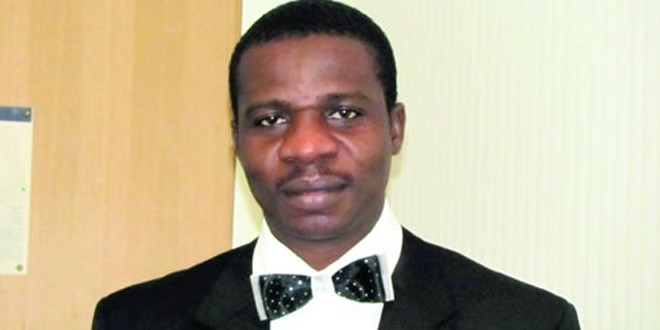 THE reasons behind the arrest of top management staff of the Nigerian Airspace Management Agency (NAMA) by the Economic and Financial Crimes Commission (EFCC) on February 12th, 2016, over alleged financial impropriety have been discovered after thorough investigations. Sources revealed that the former NAMA boss, Engr. Ibrahim Abdulsalam, engineered his clique to sap the agency of over N5 billion through shady transactions that were done without due process.

According to sources, revelation of documents indicate that most of the transactions were payments of Customs Duties for goods that were imported, cleared and forwarded for the agency. But the said transactions were non-transparent, according to the sources, as the agency had never really undertaken any “major importation that warranted payments in tens of millions of naira at different times as claimed by the management.”

Meanwhile, the trail of approvals and payments, according to sources, revealed a lack of due process and transparency in approving the sums involved, which, in most cases, were said to be above the approval limits of the Managing Director of NAMA and should have either been referred to the board or the Minister of Aviation.

Other revelations show that the NAMA boss swindled the agency through a house property that he pretentiously rented at the GRA, Ikeja, Lagos. But in reality, he bought the house and was paying by installment. Sources disclosed that the agency was paying N50 million for the rent, which was also considered too high.

Investigation has shown that Abdulsalam and his clique, including his predecessor, were said to have signed off payments of over N3 billion on ‘questionable contracts’ between 2013 and 2015. Documents obtained showed that the bulk of these payments were for clearing of containers and Customs duties, which amounted to N2,101,689, 304.14 within the period under investigation. And coupled with the house saga, the agency was said to have been sapped of over N5 billion within 3 years.

The arrest has sent shock waves down the spines of other top officials and stakeholders in the aviation industry the Federal Airports Authority of Nigeria (FAAN), the Nigerian Civil Aviation Authority (NCAA), Nigerian Meteorological Agency (NIMET) and the Nigerian College of Aviation Technology (NCAT) over fear of arrest for complicity, as the records are under careful scrutiny.

Meanwhile, the EFCC has already begun the seizure of assets of the arrested officials, who are still being questioned over the alleged N5 billion sleaze. This is coming after the anti-graft agents had reportedly frozen the accounts of the NAMA managers from the onset of investigation, when they were found culpable of alleged financial misconduct. According to sources, some of the assets seized are petrol stations, and other properties in Lagos worth billions of naira.

Three petrol stations belonging to one of the NAMA officials were seized recently in Lagos and an inscription “Under Investigation by EFCC” clearly labeled on the property. A source said the EFCC has concluded plans to arraign the officials in court soon.