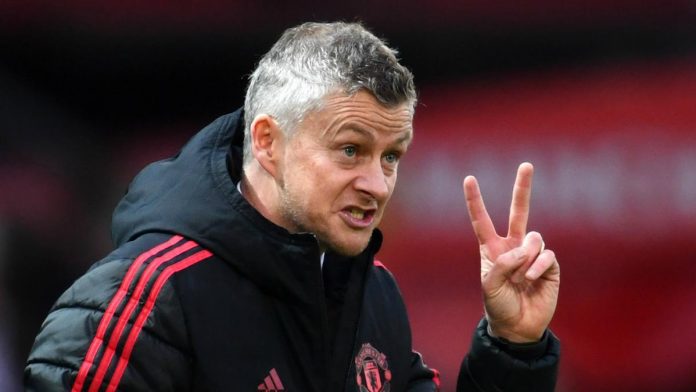 The race for the top four EPL finish was blown wide after disappointing results for Chelsea and Manchester United on Wednesday night.

Chelsea who needed a point from their last two games lost 5 – 3 to the new Premier League champions Liverpool while United were held to 1 – 1 draw at Old Trafford by former Manager David Moyes and West Ham.

National Daily can confirm that the above scenario has rekindled Leicester City’s hope of grabbing a top four finish as a win in their last home game against United will certainly guarantee them a UEFA Champions League football. Similarly, a draw for the Foxes against the Red Devils and with the Blues losing against Wolves will see Chelsea dropping out of the top four finish.

The Red Devils who saw their unbeaten 19-match run shattered in Emirates FA Cup semi-final defeat on Sunday in the hands of Chelsea needed to make a bold statement against West Ham, but they rather appeared tired on the night while giving away possession cheaply thus, leaving their fans to endure a terrible night.

Meanwhile, United boss Ole Gunnar Solskjaer who witnessed his side produced a near shambolic performance has vowed that they will be “100-per-cent fresh” to take on Leicester in their Champions League ‘play-off’ on the final day of the Premier League season National Daily gathered.

Solskjaer speaking to Sky Sports explained: “We started OK but in the last 10-15 minutes of the first half it became a bit frantic. We gave them the chance to counter-attack and gave some daft fouls away. They’ve got players of a good size that are always a danger. The penalty made it hard for us second half.

“We’ve not been dealt the best of hands with the recovery times in the last couple of weeks but that’s because we’ve been in the FA Cup. That’s how it is but we’ve got three days now… the extra day before Sunday will make us 100-per-cent fresh.

“We’ve given ourselves a great opportunity. We wanted to give ourselves the chance to head there and get into the Champions League by beating them. Now, we’d be OK with a draw, but we’ll be going there to win. You’ll prepare as you always do to go and win the game.”

Sincerely, what is left to be seen is if Solskjaer and his boys will be able to translate the Norwegian’s confidence into action at King Power Stadium on Sunday because it will be a huge disappointment for the Red Devils fans if United fail to hit top four finish after their impressive displays since post coronavirus pandemic break.