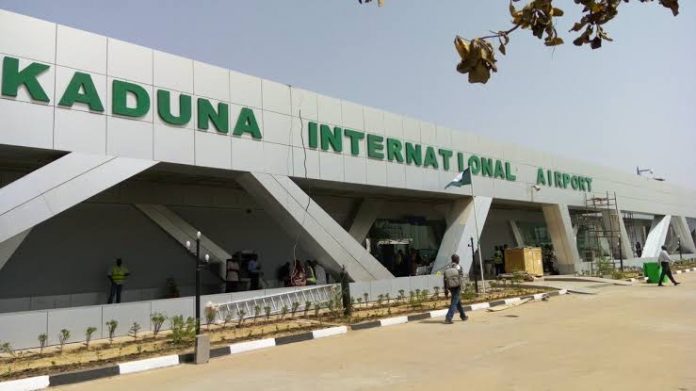 A gang of bandits on Saturday struck at the Junior Staff Quarters of the Kaduna International Airport, kidnapping over 12 persons in the operation.

It was gathered that a staff of the Nigerian Airspace Management Agency (NAMA), his wife, five children, and three other persons who visited their home were kidnapped by the bandits who invaded the staff quarters.

The Regional Manager of NIMET in the North Central, Sani Majidadi, was said to have revealed that bandits in another operation, kidnapped the wife and child of an employee of the Nigerian Meteorological Agency (NIMET).

The bandits were said to have attacked the junior staff quarters at the airport in the early hours of Saturday, breaking into two homes, and kidnapped the victims now in their captivity.

Majidadi was said to have narrated that the bandits, in large numbers, came through a bush from Ifira Village and cut the air-side perimeter fence before gaining access into the staff quarters.

The NIMET Regional Manager noted that the urgent intervention of soldiers assigned on the Kaduna Airport Road obstructed the bandits from kidnapping more people, as they had to flee before the soldiers caught up with them.

The bandits were said to have escaped into the bush on hearing the gunshots from the soldiers.