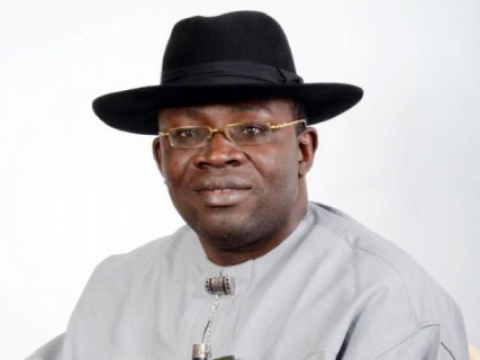 Share this on WhatsApp
Spread the love
From Mike Tayese, Yenagoa
Bayelsa State has become the 23rd state in Nigeria to ensure the legal protection of children from all forms of violence, through the domestication of the national Child’s Rights Act
The law, signed by Governor Seriake Dickson on 6th May, for the first time in Bayelsa, criminalizes violence against children and sets out the role of every stakeholder in preventing and responding to violence against children, which is widespread in Nigeria.
A national survey by the National Population Commission, supported by the US Centres for Disease Control and Prevention and UNICEF, launched last September, found that six in 10 children suffer one or more types of violence before they reach the age of 18 years – one in two suffers physical violence, one in four girls and one in 10 boys suffer sexual violence and one in five boys and one in six girls suffer emotional violence. Most children never tell anyone what happened to them. Less than four per cent ever receive the support they need to recover.
In response to these findings, President Muhammadu Buhari launched the Year of Action to End Violence against Children, calling on states to take action to strengthen their laws, policies and services to protect children.
ALSO SEE: Jonathan, Dickson in soured relationship
“Bayelsa State has heeded the Federal Government’s call and is warmly congratulated”, said Jean Gough, Representative of UNICEF Nigeria. “This ground breaking law is a significant step in protecting and supporting the millions of children suffering physical, sexual and emotional violence every year in Nigeria”.
UNICEF, the State Ministry of Women Affairs and Social Development, the State Ministry of Justice and civil society groups, especially the Child Protection Network (CPN), relentlessly advocated for the passage of the law, under the Support to Justice Sector Reform Programme, a €26m initiative funded by the European Union.
“I am delighted that the new Child Rights Law will offer protection for children in Bayelsa State”, said Bayelsa State Governor, Henry Seriake Dickson, “I stress that anyone caught violating the rights of children will be prosecuted according to the provisions of this new law”.
The Head of European Union Delegation to Nigeria and ECOWAS, Michel Arrion, welcomed the domestication of the Act by Bayelsa State, and urged other states which are yet to do so to follow its example, “Bayelsa has taken an important step to further the protection of children in Nigeria”, Ambassador Arrion said.
Share this on WhatsApp