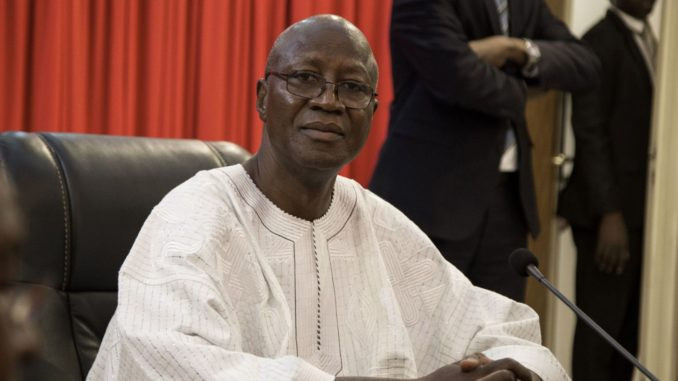 Burkina Faso Prime Minister Christophe Joseph Marie Dabire and the entire member of his cabinet have resigned over their inability to control a wave of jihadist attacks that have killed thousands.

President Roch Marc Christian Kaboré acepted the resignation of Prime Minister Christophe Dabire and his cabinet on Wednesday December 8, two weeks after the President pledged to reform the government over its failure to stem violence that’s left hundreds of Burkinabe dead and targeted the nation’s gold mines, the state’s main source of revenue.

After leaving his position, Dabire called on citizens to “support the President and the new executive that will be put in place”. He wrote on Facebook;

“I invite the Burkinabés, as a whole, to mobilize, to support the president of Faso and the new executive that will be put in place. I remain convinced that it is through unity of action that we will be able to meet the challenges facing our country and our people.”

Announcing Mr Dabiré’s resignation, the secretary-general of the government, Stéphane Sanou, read a presidential declaration, saying “The functions of Prime Minister of Mr. Dabiré are terminated,” on public television.

In accordance with the texts, “the members of the outgoing government ensure the dispatch of the current affairs of the ministerial departments until the formation of a new government,” Mr. Sanou added.

Dabire was previously Burkina Faso’s representative at the eight-nation West African Economic and Monetary Union (UEMOA), and in the 1990s served as minister to former president Blaise Compaore, partly at a time when Kabore himself was prime minister.

Jihadist attacks have become increasingly regular and in Burkina Faso, killing 2,000 people and displacing 1.4 million others from their homes. Groups linked to Al-Qaeda and the so-called Islamic State group have plagued the landlocked Sahel nation since 2015.

Kaduna has suffered too much from religious conflicts – El-Rufai